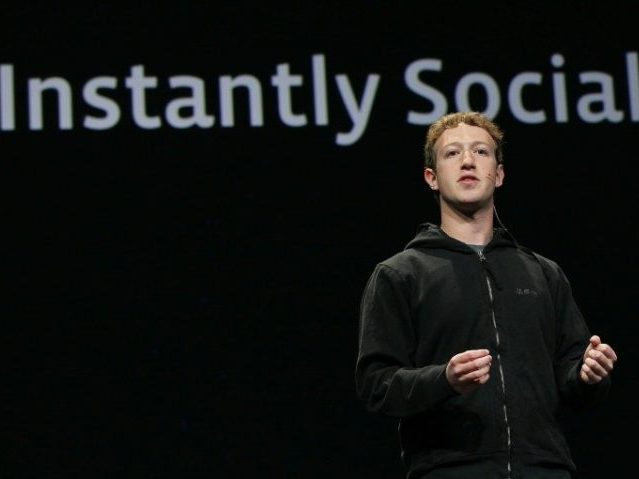 Adam Mosseri, the head of Facebook-owned Instagram, admitted in an article for the Telegraph, Monday, that Instagram has failed to protect its users from posts which promote self-harm and even suicide.

In the article, titled “Our commitment to protect the most vulnerable on Instagram,” Mosseri declared, “We are not yet where we need to be on the issues of suicide and self-harm.”

“We rely heavily on our community to report this content, and remove it as soon as it’s found. The bottom line is we do not yet find enough of these images before they’re seen by other people,” he claimed, referencing the case of 14-year-old Molly Russell, who took her own life in 2017.
According to the BBC, Russell’s family “looked into her Instagram account,” and “found distressing material about depression and suicide.”

In response to Russell’s suicide, and other cases, Mosseri announced in his Telegraph article that Instagram would be adding “sensitivity screens” onto posts about self-harm.

“Starting this week we will be applying sensitivity screens to all content we review that contains cutting, as we still allow people to share that they are struggling even if that content no longer shows up in search, hashtags or account recommendations,” Mosseri explained, adding that Instagram is also hiring more “engineers and trained content reviewers” to work “around the clock to make it harder for people to find self-harm images.”

“We already offer resources to people who search for hashtags, but we are working on more ways to help, such as connecting them with organisations we work with like Papyrus and Samaritans,” the Instagram head proclaimed.

Instagram has faced a number of controversies over illegal misuse of its platform, including four Indonesians who were arrested for selling babies on the platform.

Thousands Oaks bar shooter David Ian Long also reportedly made posts to Instagram during his mass shooting in November, which led to twelve deaths, and in April, a teenager was murdered in an Instagram live video.

Instead of attempting to combat these issues, the Facebook-owned platform has repeatedly sought to censor conservative users and pro-life content.