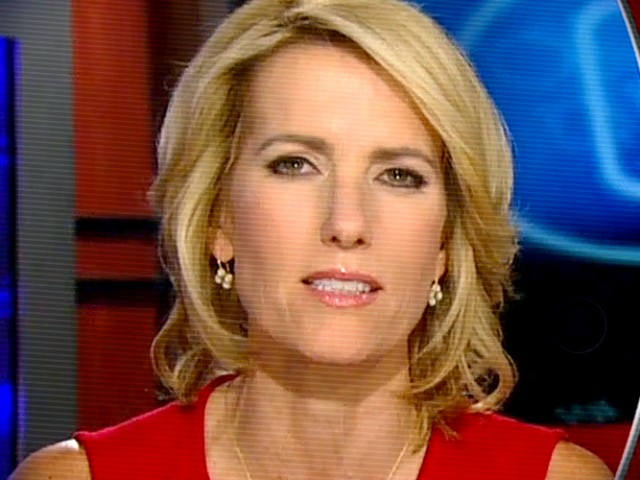 Tuesday on Fox News Channel’s “The Ingraham Angle,” host Laura Ingraham said a point should come that special counsel Robert Mueller’s office gets sanctioned because “the whole thing is a farce.”

Ingraham said, “At some point, if we had an attorney general that wasn’t acting and didn’t have any kind of cloud hanging over his head would say, ‘OK at what point the can special counsel’s office be sanctioned? This is the problem with the special counsel and independent counsel. They are kind of running wild with the veneer of supervision. I know Rosenstein and Trump seem like they are getting along better and that’s great but if the whole game here is to turn the screws on the 72-year-old man to say, ‘OK, you are going to gasp your last breath in prison unless you fess up to like spooning with Julian Assange.’”

“The whole thing is a farce. At some point the special counsel’s office — if it keeps going the way it is going, I don’t understand why there wouldn’t be sanctioned filed against some of these lawyers making the outrageous moves in the judicial system honestly,” she continued. “That’s where I am. Let something else happens that’s where I am tonight.”