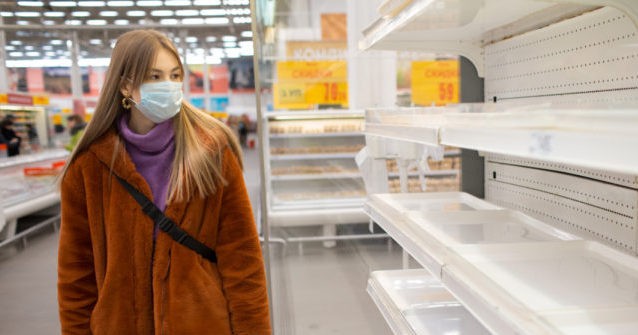 Inflation data released by the Department of Labor this week paints a dramatic picture of the severe pressure put on the U.S. food supply by the coronavirus shutdowns.

The government’s Producer Price Index for beef and veal prices soared 69 percent in May after rising 12 percent in April. The PPI is the successor to a price gauge called the Wholesale Price Index. It measures selling prices received by producers instead of the prices paid by households measured by the CPI. That means it captures a wider array of purchases, including those by the government and exports. Typically, both measures track the same path, although they do differ from month to month.

Pork prices rose 2.7 percent in May, following a 3 percent rise in April, according to the CPI. But the PPI indicates a steeper 15 percent hike, which may indicate the consumer prices will rise further in June.  Pork chops were up 8.4 percent for the month and 14 percent for the year, as measured by the CPI.

Prices received by U.S. farmers for fresh fruits and melons have gone on a wild ride, according to the PPI. In April, prices crashed 10.5 percent. The following month, however, they rose 11.4 percent.

Food is one of the most volatile categories in both the CPI and PPI. But the price changes seen in April and May were extreme even for food and included some of the biggest single-month changes ever recorded. They indicate just how unstable the U.S. food supply and demand from consumers became at the height of the coronavirus pandemic in the U.S.