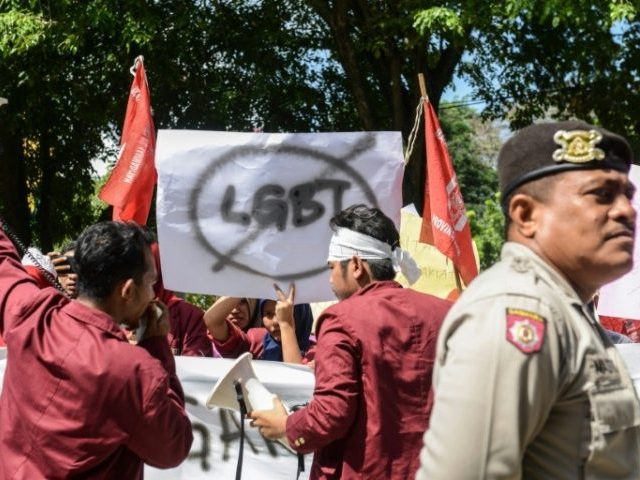 Instagram deleted an account on Wednesday publishing comic strips about the struggles of a gay Muslim boy in Indonesia after it sparked outrage among the country’s Islamic population.

The account, which had 6,000 followers, posted comic strips following the life of a Muslim man named Alpantuni as he dealt with the challenges of being a homosexual in the world’s largest Islamic country.

“My family is very religious. I have to pray five times a day, but I’ve got a secret,” he said in one strip. “I’m very pious in front of others, but in private I’m gay.”

The account drew anger from many social media users who denounced such depictions as immoral and a violation of Sharia, the law of Islam.

“Please remove this account and put whoever runs it in prison – this is indecent,” one Instagram user wrote. “It’s not only blaspheming Islam but it is also destroying morality.”

Indonesia’s communications ministry later announced that Instagram had taken down the account at their request, citing a violation of the country’s electronic information laws banning “indecent” content. Ministry spokesman Ferdinandus Setu thanked the public for reporting the account as well as Instagram for “speeding up the process” of taking it down.

Despite the strong influence of religious law, homosexuality remains fully legal in Indonesia, except in Aceh province where Sharia is part of the legal system. In December 2017, lawmakers also narrowly rejected a law aimed at criminalizing homosexuality nationwide.

LGBT activity remains highly frowned upon and there have been multiple cases of religious Muslims attempting to banish any of its influence from technology and other forms of public life. Last year, several LGBT apps were removed from the Google Play Store, two men were arrested for running an LGBT Facebook page, and one city announced fines for gay and transgender residents believed to be “disturbing public order.”

Human Rights Watch’s Indonesia researcher Andreas Harsono criticized the government’s recent demands that the account be removed, pointing out the wider persecution of homosexuals across the country.

“That account describes mostly the problems of gay individuals in Indonesia. It’s no secret that many LGBT individuals are arrested, their houses raided, some are sentenced to prison terms,” he told the Daily Telegraph. “The Indonesian government does not help them in demanding the removal of that account.”