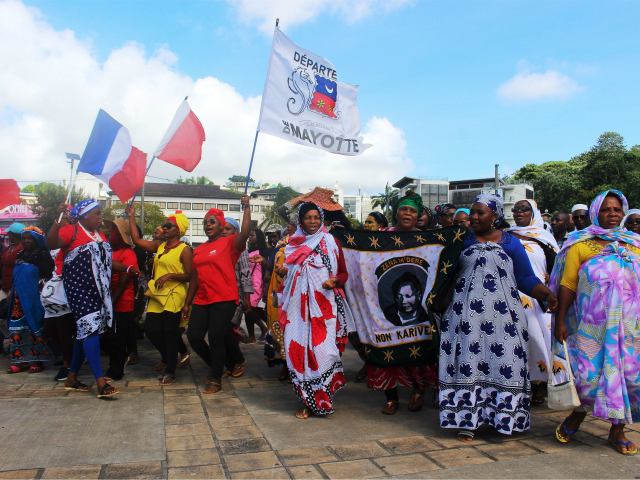 The French overseas region of Mayotte has reported that the indigenous Shimaore-speakers of the island have now become a minority due to the rapidly rising number of illegal migrants arriving on the island in recent years.

The island, which is located off the coast of Mozambique, is a French department with an MP sitting in the French National Assembly. Mayotte’s MP Mansour Kamardine, a member of the conservative Republicans, has sounded the alarm on the situation saying that the island has experienced a four per cent population growth per year due to mass migration, Franceinfo reports.

“Now it’s official: The Shimaore are in the minority in Mayotte. The public reaction must be lucid, global, and strong,” Kamardine said.

The comments come after the release of a report from the French National Institute of Demographic Studies (INED) that revealed more than 50 per cent of the adults on the island had been born overseas.

In only three years, the study says, the proportion of children born to immigrant parents on the island went from 42 per cent to 75 per cent and noted that the fertility rate of foreign women was substantially higher than natives of the island.

“The Great Replacement. Muslims tell you in a very calm, very positive way, ‘one day all this, it will be ours’.” https://t.co/vtbDoxEQoZ

Kamardine has called for several measures to be adopted to stop what he calls the “replacement” of the natives on the island, invoking French author Renaud Camus, famous for his theory on mass migration, the “Great Replacement,” that has been cited by several French politicians including the mayor of Beziers Robert Ménard and Archbishop of Strasbourg Luc Ravel.

Among the proposals is a call to defend the borders of the island from further illegal migration, investments in local infrastructure, education, and more job opportunities for local youth.

Mass migration has had a similar effect in European cities like Frankfurt where Germans become a minority last year; even when a minority, migrants in countries like Italy and Austria, are shown to commit a disproportionate number of crimes compared to the native population.