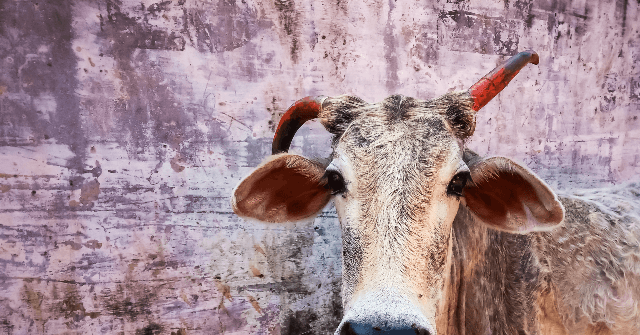 The Indian state of Uttar Pradesh announced on Tuesday increased penalties for crimes against cows, considered sacred by Hindus, including up to ten years in prison and a fine of up to 500,000 Indian rupees ($6,607), the Times of India (TOI) reported.

State government authorities have amended the 1955 Uttar Pradesh Prevention of Cow Slaughter Act to include stricter punishments for anyone who harms cows or endangers their lives.

People found guilty of slaughtering a cow will now face a minimum of three years in prison and a maximum sentence of ten years. Before, there was no minimum jail term for the offense, and the maximum penalty was seven years behind bars. Under a new “endangering life” category, people who endanger a cow’s life, such as by denying it food or water, or cause “injury” to cows by trying to illegally transport them, will face a prison term ranging from one to seven years.

In addition, authorities will now publicly identify offenders, placing the name and photograph of the accused in prominent places of business in his area of residence.

News of the new ordinance comes shortly after Indian police announced last month that they were investigating the latest case of a Muslim man killed by “Hindu cow vigilantes” after he slaughtered a cow in Indian-administered Kashmir, where the killing of cows is also banned.

Cows are revered in the Hindu religion, which is the largest religion in India. According to Human Rights Watch, at least 44 people died in cow-related violence by so-called Hindu vigilantes between May 2015 and December 2019.