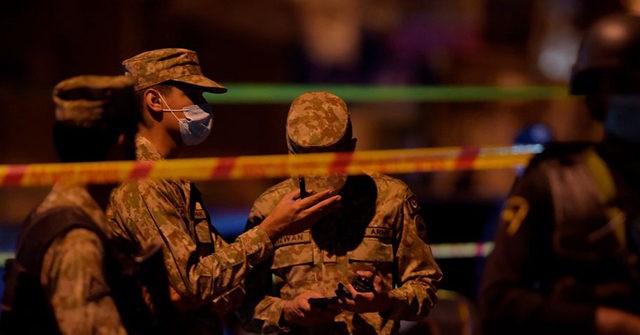 Two Indian officials went missing in Pakistan on Monday morning, raising fears they had been covertly arrested by Pakistani security and would be charged with espionage.

When Pakistani media reported seven hours later that the two had been arrested on suspicion of a hit-and-run driving incident, the Indian government filed a strong protest, and it was quickly decided that the duo would be returned to India.

The incident began when two Indian High Commission staffers posted to the diplomatic mission in Islamabad left the office on Monday morning on an official trip but never reached their destination. The High Commission informed both Indian and Pakistani authorities that the two had gone missing.

Suspicions quickly formed that the Indian officials had been arrested in retaliation for three Pakistanis who were arrested on espionage charges in Delhi late last month. Indian authorities said the three — an assistant at the Pakistani mission, a clerk, and a driver — were “caught red-handed while obtaining documents on the Indian security establishment from an Indian national and handing over cash and an iPhone to him.”

The three Pakistanis falsely claimed to be Indians when they were arrested and even displayed fake ID cards, but admitted their true identities under interrogation. The Pakistani officials were declared persona non grata and expelled after a brief detention.

Indian sources said on Monday morning they expected their two missing men in Islamabad had been detained and would be slapped with espionage charges in a “tit for tat” response to the Delhi incident. The Indian government summoned Pakistan’s charge d’affaires to deliver a reminder that the Pakistani government is responsible for the safety of Indian diplomatic personnel and to warn Pakistan that the abuse of Indian officials for political purposes would not be tolerated.

Although the Pakistani Foreign Ministry denied knowing anything about the whereabouts of the missing Indian staffers, Pakistani media on Monday morning reported they had been arrested for “speeding and hitting and seriously injuring a pedestrian.”

Pakistani authorities said the two would be released to the Indian High Commission because they enjoy diplomatic immunity.