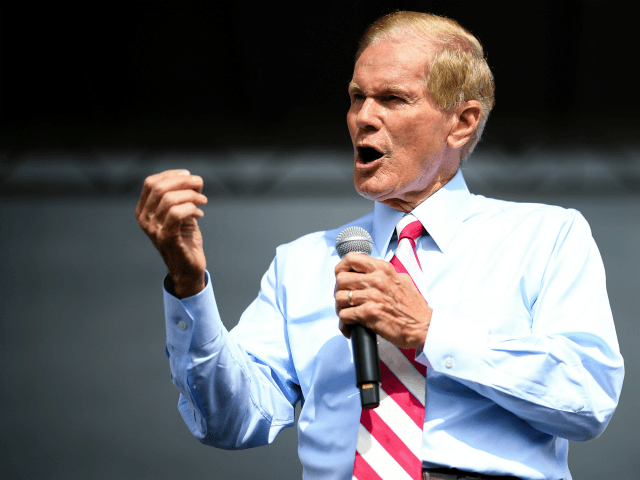 Incumbent Senator Bill Nelson (D-FL) released a statement Wednesday embracing a state-wide recount in a race he is currently losing by nearly 35,000 votes with 100 percent of precincts reporting.

“We are proceeding to a recount,” Nelson said in an early morning statement.

State laws triggers an automatic recount if the margin is 0.5 percent or less. Currently, Scott, the current governor of Florida, leads by just 0.42 percent.

If the margin had dropped to 0.25 percent or less, there would be a hand recount throughout Florida, reminiscent of the 2000 presidential election, where the margin between former President George W. Bush and Al Gore dwindled into the hundreds — out of millions of votes cast.

There were reports Nelson had conceded Tuesday night, and Scott did appear to declare vaguely declare himself the winner.

“It’s hard to believe we’re here tonight,” he said. “This campaign is behind us and that’s where we’re going to leave it.”

Unless there has been a massive tabulating error somewhere, the chances of Nelson overcoming a 34,7000 lead are almost non-existent. Without an error, recounts of this kind, especially machine recounts, tend to declare the same winner even when the margins are much, much smaller.

A Nelson loss would be another net pick up for the Republican Senate, who already appear to have netted three additional Senate seats.