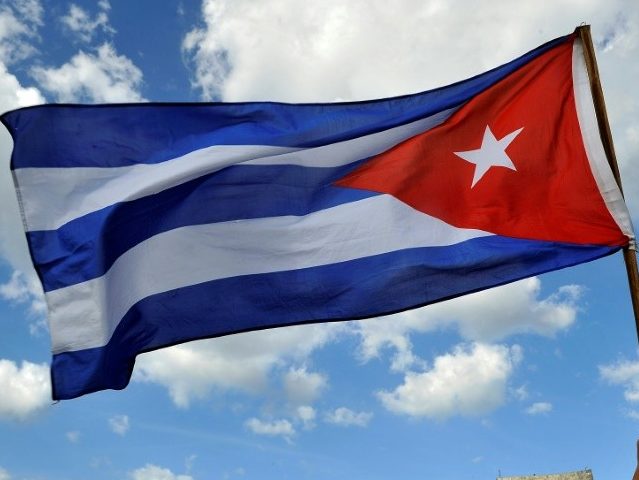 The ban, known as Decree 349, requires that all musicians register with the Communist Party’s Ministry of Culture before they produce music or perform music in public, effectively banning any musicians who disagree with the government from distributing their art. Rappers and artists of the Latin dance genre reggaetón have complained that the law disproportionately hurts their genres as dissidents have found in them an innovative form of expressing their displeasure with communism.

“Pupito en Sy,” whose real name is Lázaro Leonardo Rodríguez Betancourt, was arrested last week for allegedly attempting to assault police officials. According to sister Aymara Díaz, who spoke to the Miami-based news outlet Martí, two members of the National Revolutionary Police (PNR) approached Rodríguez and beat him in public, an incident which she claims was caught on video. There is no evidence that Rodríguez approached or attacked the police officers.

According to Díaz, Rodríguez is “urinating blood, he has a fever and his brow is cut open, which needs stitches but he hasn’t received them.” A report in the Spain-based Diario de Cuba publication states that Rodríguez has also complained of a serious injury to his leg or foot, potentially a broken bone, but has not received medical attention.

Rodríguez said in a statement to his sister, “If I get out of here, it’s to go home or the cemetery, I haven’t done anything to anyone. He is refusing to eat at press time, citing both the attack on him and on colleague Maykel El Osorbo. Both artists are part of a larger movement opposing Decree 349.

Maykel El Osorbo was arrested in September after organizing a concert featuring a variety of anti-communist rappers, including Rodríguez, to speak out against Decree 349. Diario de Cuba notes that he is facing charges that the government had already dropped against him, but does not specify what the charges are.

On Thursday, the artist Amaury Pacheco, a friend of the rapper’s, posted a message on Facebook announcing that Maykel El Osorbo had launched a hunger strike and sewn his mouth shut. Pacheco posted a letter that the rapper had provided him with during his last visit to the prison where he is being held.

“It is almost possible that this will be my last letter … in 24 hours I will begin a strike … with the purpose of reclaiming my freedom,” the letter reads. “I have made mine the pain of all of those politically exiled by the system in this country,” it continues, urging all Cubans “to join us pacifically with ideas, with art, without shedding a single drop of blood.”

“God bless all Cubans wherever in the world they may be and, if death comes to me as part of my struggle for freedom of expression, don’t feel guilty,” he concludes.

The two rappers are part of a national coalition rejecting Decree 349 for essentially banning their art out of existence. In August, a group of artists published a letter protesting against several issues with the decree, including its vague language, the fact that the regime did not discuss the potential drawbacks of the law with any artists, and its proposed ban on crowdfunding, forcing all artists to profit through the communist government and allowing the regime to take a cut.

The law’s language states that it is meant to “strengthen the socialist system and increasingly more competently satisfy the material and cultural needs of society and citizens.”

Following the signing of the law, the NGO Amnesty International condemned it as “dystopian.”

“We stand in solidarity with all independent artists in Cuba that are challenging the legitimacy of the decree and standing up for a space in which they can work freely without fear of reprisals,” the statement read.

The decree is in large part a response to the popularity of dissident hip-hop and reggaeton music among young Cubans, who have largely tired from the traditional communist ballads and classic són songs praising the Castro brothers and mass murderer Ernesto “Che” Guevara.

The number of rappers the Castro regime has silenced through violence and police action has grown in the past several years. Among them is Henry Laso, a reggaeton artist who went on hunger strike in March after being forced into solitary confinement. A government agent attacked him in public leading to his arrest after he had posted a series of songs against the Castros on Youtube. The government ultimately freed Laso in October.

That month, the rapper Ikaro MC performed a song against the regime at a public event, leading to a gang beaten at the hand of Castro government agents.

Even well-connected rappers – like Silvito El Libre, the son of famous pro-communist singer-songwriter Silvio Rodríguez – can fall prey to communist violence. Silvito, whose music attacks the Castro regime, traveled to Cuba to visit his mother from his new home in Tampa and found himself the victim of a group beating at Havana’s José Martí Airport. His estranged father reportedly did not intervene on his son’s behalf.