The Canadian parliament in Ottawa has cancelled its Friday sitting due to expected police action in the area against the Freedom Convoy.

Following reports the Canadian police were preparing to break up the protest, parliamentary officials said their Friday session was cancelled.

The Canadian House of Commons Speaker Anthony Rota released a warning for representatives, advising them to “stay away from the downtown core until further notice” due to the impending clash between protestors and Prime Minister Justin Trudeau’s police officers.

The call to vacate the area came an hour or so before Ottawa Police made public their next move by issuing a general warning.

Ottawa police are telling media cameras, including one of ours, to stay away from trucker crackdown or face arrest https://t.co/cCVftDiBra

Police have already begun action against the freedom convoy near Parliament Hill – which consists of over 300 trucks – and have arrested two convoy leaders on Thursday as well as dozens of other protestors already this week, AP reports.

The protestors have not previously attempted to enter or disrupt lawmakers in Parliament and it has sat for the entirety of the three-week protests.

Elites are ramping up their efforts to crush the pro-freedom, peaceful protestors. https://t.co/km7yGcSwYf

It is also unclear whether any removal of protestors will be considered lawful as Parliament is yet to vote for emergency powers for the police to break up the protest, which if Parliament returns to normal on Monday will likely be voted through then.

The capital city protest is the last freedom convoy stronghold after many of those blocking major roads at the Canadian border returned home after Trudeau, the leader of the Liberal Party in Canada, passed emergency powers that threatened to freeze protestors’ bank accounts and suspend their insurance. 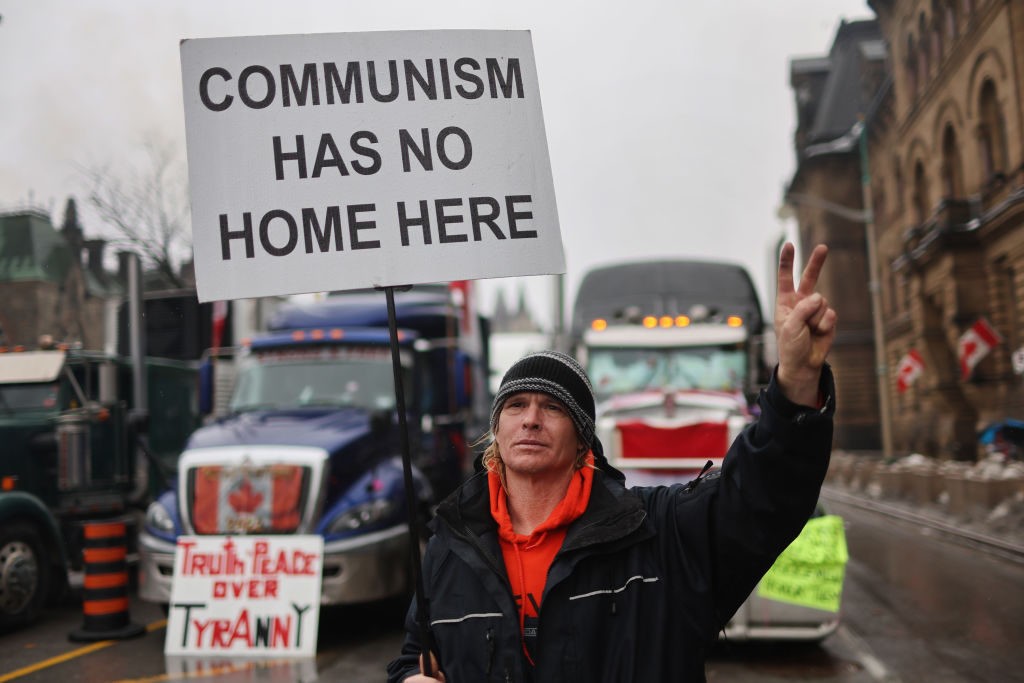 Trudeau justified his decision to pass the emergency powers – which were designed with the intention of only being used in times of war – by branding the truckers’ protest as “illegal blockades and occupations”, as well as a “threat” to Canadian “democracy”.

The city of Ottawa threatened in a statement Thursday to place the pets of Freedom Convoy protestors into “protective care” or possibly take them away permanently if their owners are arrested. https://t.co/5riQsWieIm

The hardcore of truckers in Ottowa have vowed to remain in place until the vaccine mandate requirements for delivery drivers entering Canada are repealed, with organisers insisting they won’t voluntarily leave “for as long as it takes…until Canada is a free nation again”.

Police action has not been successful in stopping convoys in other countries, with police in New Zealand inadvertently inspiring a 200 person protest to grow to 1,500 individuals after they arrested 120 people in an effort to end the protest.