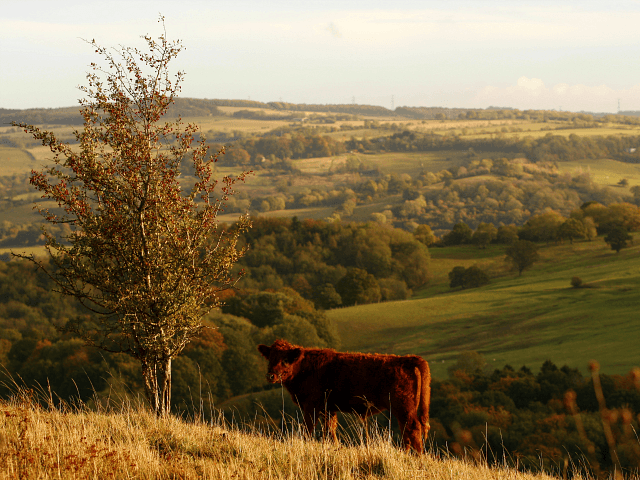 The Government is releasing thousands of acres of green belt land for developers to concrete over, as a population boom driven by mass immigration exacerbates a surging demand for housing.

A record 12,350 acres were carved off the green belt — designed to protect Britain’s countryside from urban sprawl — in the year to March 31st, with around 25,000 acres lost since 2012, according to the Daily Mail.

“The government must stop heaping pressure on councils to deliver unrealistic targets that result in the green belt being chipped away,” complained Rebecca Pullinger, planning campaigner for the Campaign to Protect Rural England (CPRE), which claims to have identified plans for an astonishing 460,000 houses on land released from the green belt already.

“Instead developers should be held more accountable to deliver the homes that they have promised. Building within or on land released from the green belt is not the solution: it results in low density, unaffordable homes,” Pullinger added.

Study Finds 82 Per Cent of UK Population Growth This Century Down to Immigration https://t.co/JpxweSlY8K

Britain’s left-liberal opposition parties, including the hard-left Labour opposition, have criticised the Tories for housing shortages, but neither they nor the CPRE seem willing to address the root cause of the issue, which is the country’s immigration-driven population boom.

A spokesman for the UK Independence Party (UKIP) told Breitbart London: “Typically, mass migration is ignored as a driver of the destruction of our precious green belt. According to Migration Watch, 82 percent of UK population growth is down to migration.”

UKIP Accused the “political left” of “wanting it all — open borders uncontrolled immigration, housing for all and environmental protection.”

The spokesman said: “It’s impossible fantasy politics which fails to see the bigger picture due to the myopia of political correctness.”

The Tories, despite their nominal status as a ‘centre-right’ party, have also proved largely unwilling to address the link between housing issues and immigration, although former housing minister Dominic Raab — now Secretary of State for Brexit — did recently admit that incomers have pushed up house prices by at least 20 percent.

Raab has also confessed that, of an estimated extra 5.3 million new properties which will be needed over the next five years, almost half will go to migrants.

The proportion which will go to the descendants of migrants was not identified, but is presumably significant, as statistics show 33.7 percent of babies born in England and Wales had at least one parent born outside the United Kingdom in 2016.

One in three babies born in England and Wales had at least one foreign parent. https://t.co/7gLoXHFhXP