Springfield Bishop Thomas Paprocki has called for prayer and fasting in the lead-up to the Supreme Court’s decision in its Dobbs abortion case.

“This is a very exciting time for the pro-life movement in America,” Bishop Paprocki said in a video message released Friday.

“I’m sure you all know by now that the United States Supreme Court has taken up the now famous Dobbs abortion case,” the archbishop stated. “At the center of this case is a Mississippi law that seeks to protect unborn babies after 15 weeks of pregnancy.”

“Heaven knows these innocent babies should be protected and Heaven knows our U.S. Constitution should allow the government and the people to protect these babies,” he said.

“As the people of life, it has been painful for us to live under the existing Supreme Court precedents where states cannot protect babies prior to viability,” Paprocki asserted. “The Dobbs case can change this.”

“Thanks to advances in modern medicine and science the humanity of a 15-week-old child in the womb is undeniable,” the bishop declared, adding that children at this stage of development “have fully formed noses and lips, eyelids and eyebrows. They can suck their thumbs and most importantly they can feel pain.”

“Now consider that medical fact with the stark reality that abortion causes pain to an unborn baby,” he said. “Abortion also causes lingering pain and sadness for women and for men, for the fathers and the mothers of the unborn children, who are taken from them through abortion.”

Along with decrying the evil of abortion, the bishop urged those who have been through an abortion to reach out for “hope and healing.”

“If you are a person who needs care or healing after an abortion or know someone who does, do not feel that you must carry the burden alone,” he said. “Reach out and find hope and healing.”

“In this important time from now until the Supreme Court announces its decision, let us devote ourselves to prayer and fasting,” he said. “Let us also re-commit ourselves to constructive action in the public square. Let us be that voice for the voiceless.”

“Right now, there are people in the U.S. Congress who oppose protections for the unborn and want to codify the horrendous Roe v. Wade decision into law,” he noted. “They are also trying to repeal the Hyde amendment forcing us to pay for abortions with our tax dollars.”

“This must be stopped,” Paprocki said. “Please, make your voices heard in the halls of power in Washington D.C. as well as in the broader public square, in the press with letters to the editor and on social media.”

“Also, speak up to your state legislators,” he said. “Urge them to pass legislation that protects the lives of unborn babies.” 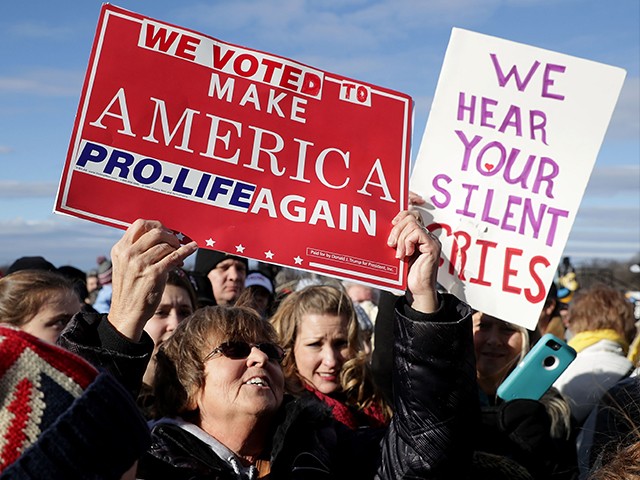 “Finally, it is important for us as a pro-life community to stick together and support each other while we wait for the Supreme Court to make its decision this summer,” he concluded, inviting his hearers to join “a weekly prayer campaign taking place every Monday evening until the case is decided at dobbscase.com.”