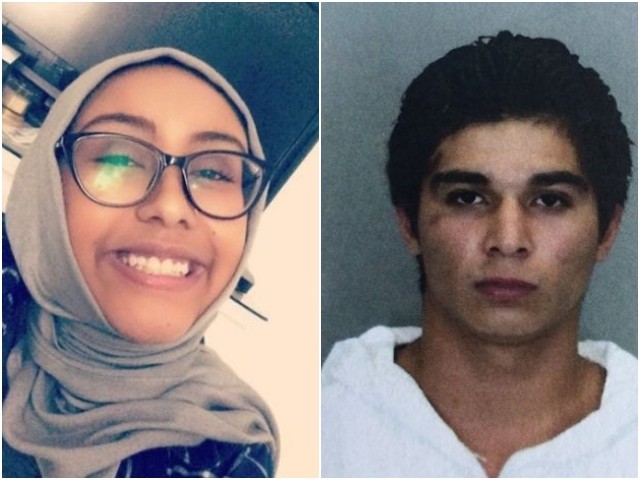 A young illegal alien has pleaded guilty to raping and brutally murdering a Muslim teenager in Fairfax County, Virginia, near a mosque.

On Wednesday, 22-year-old illegal alien Darwin Martinez Torres from El Salvador pleaded guilty to raping and murdering 17-year-old Nabra Hassanen to avoid getting the death penalty. Instead, the illegal alien will spend the rest of his life in prison.

As Breitbart News reported at the time, Hassanen and a group of fellow Muslim teenagers were eating at a nearby McDonald’s when they left and started walking back to the All Dulles Area Muslim Society (ADAMS) Center. According to police, Torres started following the teenagers.

Soon after the teens noticed Torres, the illegal alien jumped a curb with his car and got out of his vehicle and started chasing the teens while wielding a baseball bat.

Torres was able to grab Hassanen and began beating her with the bat, police said, before putting her in his car, driving to a neighboring county, and raping and murdering her. The illegal alien took her body to a nearby pond and dumped her there for the authorities to later find.