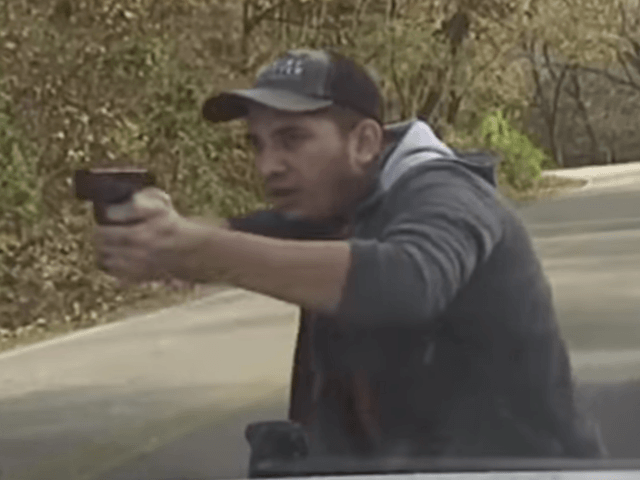 An illegal alien charged with attempted capital murder after allegedly firing at Washington County, Arkansas, police officers was in the United States as a recipient of President Obama’s Deferred Action for Childhood Arrivals (DACA) program.

Luis Cobos-Cenobio, a 29-year-old illegal alien, was arrested and charged with attempted capital murder and other charges after dash cam video footage showed the illegal alien being pulled over and then swiftly firing at Arkansas police officers, as Breitbart News reported.

Cobos-Cenobio, according to an exclusive report by the Washington Times, was in the U.S. as a recipient of the DACA program — where an executive order by Obama gave temporary amnesty to nearly 800,000 illegal aliens.

The illegal alien, according to Immigration and Customs Enforcement (ICE) officials, was charged in 2015 with a misdemeanor, but since he was a DACA illegal alien, he was not prioritized or eligible for deportation by federal immigration officials.

“ICE did not lodge a detainer against Mr. Cobos-Cenobio in 2015 as he is a DACA recipient and did not meet the threshold for enforcement under the DHS enforcement priorities in place at that time,” an ICE official told the Washington Times.

Cobos-Cenobio was charged earlier this year with another misdemeanor, but ICE officials say they were not notified of his arrest and therefore were unable to detain and eventually deport him.

The illegal alien is being held on a $500,000 bond and has had an ICE detainer placed on him where, should he be released at any time, he will be turned over to federal immigration officials for prosecution and deportation.