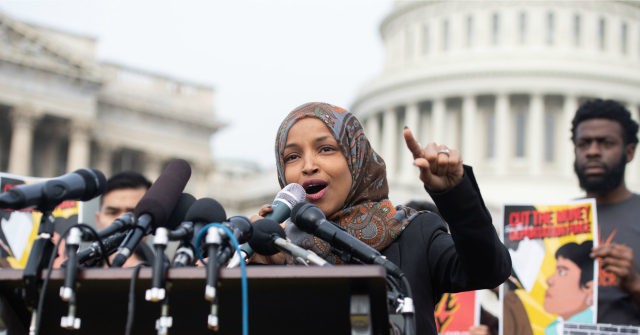 “ICE is requesting 500 beds from Sherburne County to detain immigrants,” she wrote. “It’s un-American to criminalize immigrants for wanting to come to this country for a better life. This is why ICE needs to be defunded”:

Omar failed to differentiate between legal and illegal immigrants in the tweet.

According to MPR News, the Sherburne County jail hosts 300 beds for ICE, but the agency recently requested some form of expansion:

The county sent the preliminary proposal in response to ICE’s request for additional detention space within 100 miles of its St. Paul field office at Fort Snelling, county officials confirmed.

ICE’s deadline for proposals was May 20. It’s not clear when the federal agency will decide whether to pursue them.

More than half of the illegal immigrant detainees in the facility from January to October 2018 were from Mexico. Three-fourths had previous criminal convictions, MPR News reported.