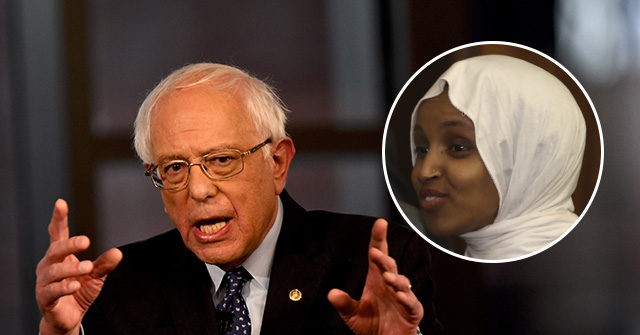 She told her followers Sanders is the “the only candidate who has built a movement,” adding the socialist senator’s vision will help establish the America she dreamt of, which is “not a reality yet.”

Omar tweeted a video of her formal endorsement on Wednesday:

.@BernieSanders isn’t fighting to win just one presidential election — he’s fighting for the soul of our democracy.

Here’s more on why I’m so proud to give Bernie my endorsement for president of the United States: pic.twitter.com/1NLMPnzS1x

“I am so proud to endorse Senator Bernie Sanders for president,” Omar said, describing the Vermont lawmaker as “the only candidate who has built a movement and continues to build a movement that transcends gender, ethnicity, and religion.”

“And we know in order to take on Trump, we’re going to need a unifier– someone who understands what the fight looks like and someone who is ready to defeat him,” she continued, adding that she was “one of the people inspired” by the movement Sanders created.

“I was one of the people inspired by the movement that the Senator has built. There was an America that I dreamed about. There is an America that most people believe in,” she said, adding that is just “an ideal” and “not reality yet.”

One of the most “amazing” things about the socialist senator, Omar said, is “he understands that we have to find solutions to our greatest problems.” She touted him as the only candidate who is proposing to cancel all student debt, provide universal school meals, stop “endless wars,” fight for human rights, and hold everyone accountable “regardless of if they’re an ally or a foe.”

Bernie is leading a working class movement to defeat Donald Trump that transcends generation, ethnicity, and geography. I know this from experience — I’ve worked with him up close on bold progressive reforms. I’ve seen the values that motivate his fight for progress.

Bernie is also well aware that America doesn’t suffer from scarcity — we suffer from greed. Together we brought forward legislation to cancel all $1.6 trillion of student debt and pay for it with a small tax on Wall Street speculation.

For all these reasons and more, I have no doubt that @BernieSanders is the best candidate to take on Donald Trump in 2020. Let’s get him elected!

Ocasio-Cortez is expected to formally endorse Sanders on Saturday.