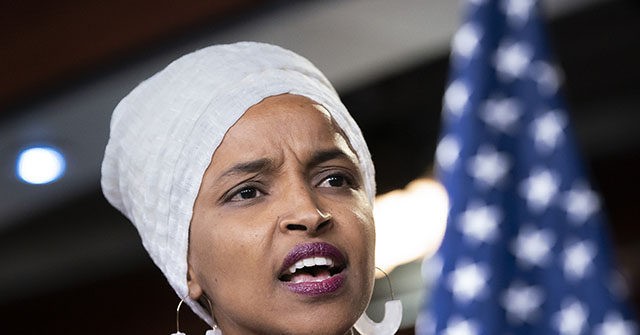 Host George Stephanopoulos asked, “You faced threats inspired by President Trump in the past, what would you like the hear from him now?”

Omar said, “The mayor of Washington, D.C., just recently addressed the nation and in her remarks, she talked about how there was a kind of leadership that could have been displayed by Donald Trump and that leadership has not been displayed and now she said, we look to one another for that leadership. Many people in our communities are moving on, and deciding they themselves are going to show up as leaders. They are going to push for the kind of systematic change we need. They’re going to ask for people to work together to rebuild our communities, they are going to be vigilant and make sure that they are protecting one another.”

She added, “This president has failed in really understanding the kind of pain and anguish many of his citizens are feeling. When you have a president who really is glorifying violence, who’s talking about the kind of vicious dogs and weapons that could be unleashed on citizens, it’s quite appalling and disturbing. We condemn other nations when their presidents make those kinds of statements when there’s unrest in their countries, and we have to condemn our president alt the highest sort of condemnation.”