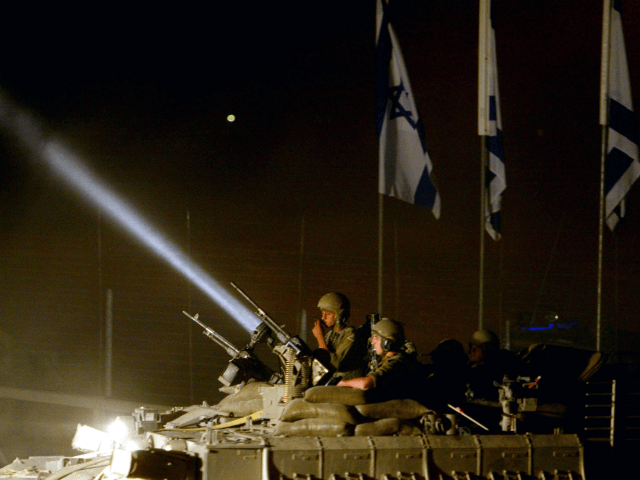 The Times of Israel reports:  The Israeli military deployed additional troops and tanks to the Gaza Strip border on Monday following the largest barrage of rockets and mortar shells fired at Israel from the coastal enclave in a single day.

The army was reportedly given a green light from policymakers to pummel terror groups in the Strip if they continued with the barrages, as the terror organizations in the Strip vowed to do.

We struck Hamas’ military intelligence HQ in response to the 300+ rockets that terrorists in #Gaza fired at #Israel.
This is where Hamas’ intelligence operatives gathered information to launch attacks on Israelis.
Hamas intentionally established their HQ next to a school. pic.twitter.com/nuHoLmlcD9

“The resistance factions’ joint command center is holding a serious conversation about expanding its range of fire. Ashkelon is just the beginning. Approximately one million Zionists will be within the range of our missiles if the Zionist enemy’s decision is to continue its aggression,” said Abu Obeida, a spokesperson for Hamas’s military wing.