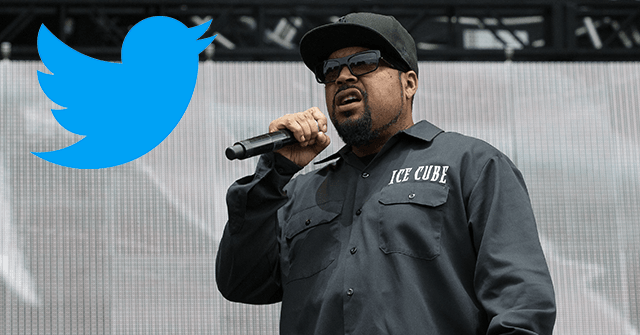 Rapper and actor Ice Cube is claiming censorship over Twitter’s decision to lock him out of his account, saying that his brutal style of truth telling is the real reason the social media giant is punishing him.

Ice Cube tweeted a screenshot of his Twitter notice, which alleges that the rapper violated copyright law but doesn’t specify the tweet in question.

“Speak a ltttle [sic] truth and people lose their minds,” Ice Cube tweeted. “The censorship starts. Mr. Twitter don’t lock my account just because I dropping jewels on the people. That was fowl.”

Speak a ltttle truth and people lose their minds. The censorship starts. Mr. Twitter don’t lock my account just because I dropping jewels on the people. That was fowl. pic.twitter.com/queYme3ujI

Twitter requires offenders to review the company’s copyright policy before letting them back into their accounts. The company also removes the tweets in question.

It appears that Ice Cube was allowed back into his account since he was actively tweeting as of Tuesday afternoon.

Ice Cube is an outspoken leftist who has recently used his Twitter account to falsely accuse Minneapolis police officer Derek Chauvin of being a white supremacist.

The Straight Outta Compton rapper tweeted photo of a man who appeared to be the cop who killed George Floyd, wearing a hat saying “Make Whites Great Again.” The identification proved to be incorrect, but Twitter failed to fact-check the tweet for a full 12 hours, allowing it to go viral.

Despite his leftist views, Ice Cube recently stood up against left-wing attempts to cancel the children’s animated series Paw Patrol, which has come under fire because one of its characters is a police dog.

My grand baby loves Paw Patrol, this shit is going too far😂 https://t.co/hpgtict8Uu