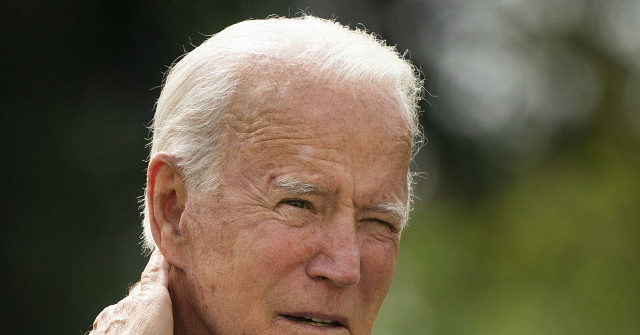 According to the survey, taken October 15-19 among 1,049 likely voters, Biden holds a 2.3 percent lead over Trump, 48.1 percent to 45.8 percent nationally. The two are statistically tied, as Biden’s lead is within the +/- 3.2 percent margin of error. Libertarian candidate Jo Jorgensen garners three percent of the vote, followed by the Green Party’s Howie Hawkins, who saw 0.9 percent support:

Since launching the 2020 Presidential Election Tracking Poll on October 12, Trump has gained 2.4 percentage points, while Biden has lost 3.8 percent.

The poll also found Biden losing his edge among independent voters. He currently leads Trump 45 percent to 41 percent, although he once held a lead in the double digits.

While the majority of black voters back Biden, his lead is smaller than Hillary Clinton’s in 2016, holding a 79 point advantage to the former Trump challenger’s 85 percent. Similarly, Biden is leading among Hispanics by a sizeable margin, but Trump appears to be performing slightly better than he did in 2016 with the group.

Among seniors, Biden leads by two percentage points — 48 percent to Trump’s 46 percent. However, according to IBD, “his lead had been in double digits.”

The survey added that the race holds some “similarities” to 2016, particularly in terms of Republican enthusiasm:

The latest IBD/TIPP Trump vs. Biden poll has some similarities with the Trump vs. Clinton race. Republicans again seem more excited about their candidate. However, Biden’s 4-point lead among independents in the IBD/TIPP 2020 election poll is one important contrast from 2016. Trump carried independents 43%-42% in 2016, according to a postelection Pew Research survey of verified voters.

Seniors and suburban voters helped lift Trump to victory in 2016. Yet the latest IBD/TIPP Trump vs. Biden poll shows the Democrat winning both groups, though his lead among seniors has slipped.

Unless Trump reverses his weakness among those groups, he’ll need a somewhat different formula for winning in 2020. Yet events could still reshape the race. The Oct. 22 debate, a coronavirus resurgence as well as progress toward a medical breakthrough, the Supreme Court nomination fight and the fate of fiscal stimulus negotiations could all change minds during the last two weeks of the Trump vs. Biden race. The unprecedented level of mail-in voting, which brings the potential for disqualified ballots, is a wild card.

A 3 point shift towards Trump in a week

The survey coincides with a series of swing state polls, showing the two candidates statistically tied as the election closes closer.