Actor Chevy Chase does not “give a crap” that former co-workers of his have accused him of being a jerk on the sets of Saturday Night Live and Community.

Speaking with CBS Sunday Morning, the Christmas Vacation star was asked about former colleagues describing him as a “jerk” while working with him. “When you read that stuff, when people say, ‘Chevy’s been a jerk,’ are those unfounded cheap shots?” he was asked.

“I guess you’d have to ask them. I don’t give a crap!” he responded.

Chase said he likes who he is and makes no apologies for it. 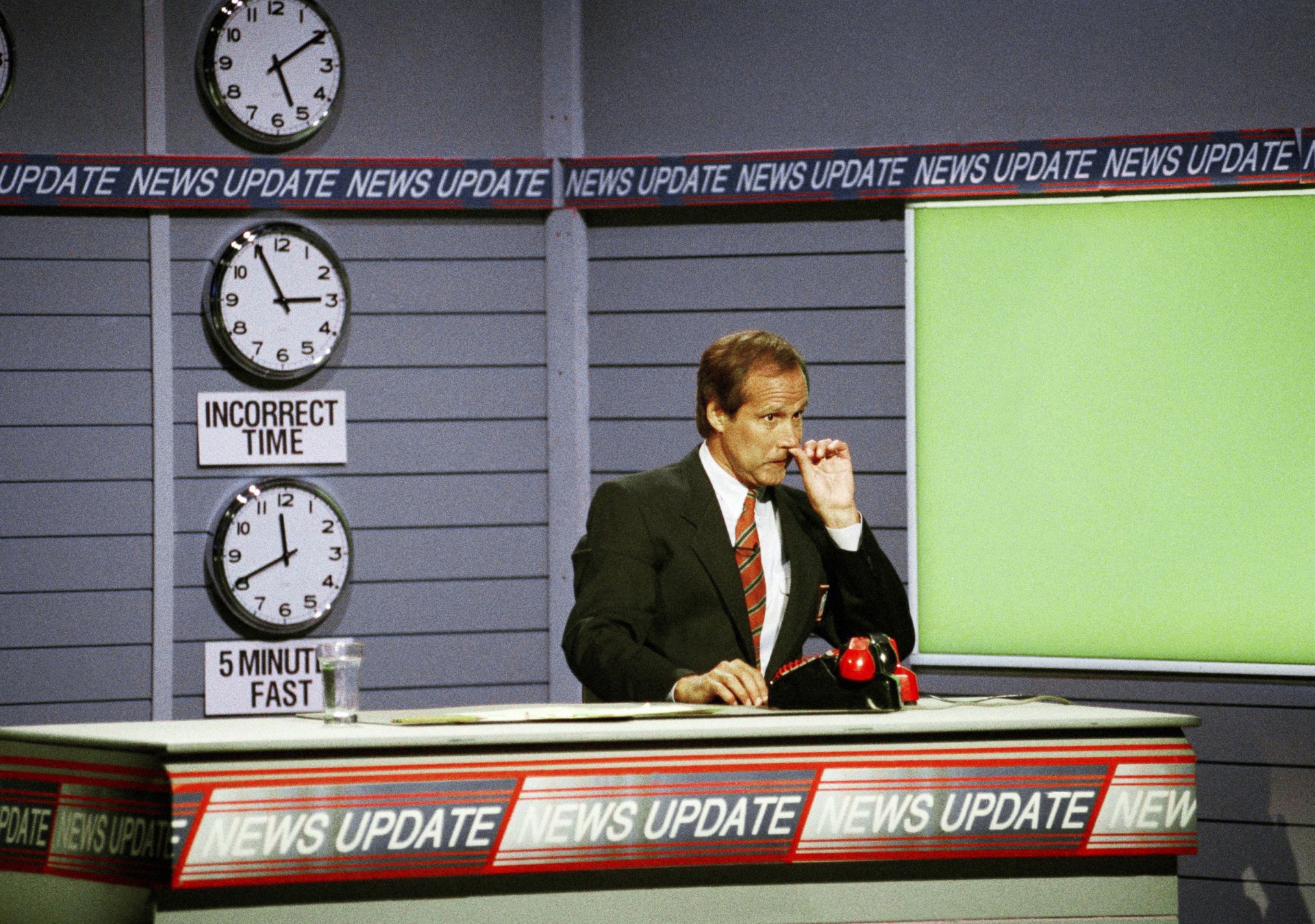 As the interview continued, Chase appeared flustered as the reporter probed him to go deeper into his feelings and the matter.

“Look, I’m trying to be honest,” Chase said. “I know it doesn’t help me, I suppose. I’m sort of hurt by the fact I can’t go any further with this.”

Prior to his exit from Community, Deadline profiled in 2012 that Chase used the N-word when arguing about the direction of his character:

There was a commotion on the set of NBC comedy Community yesterday. I hear hot-tempered co-star Chevy Chase had another outburst, this time featuring the N-word. It appears that the tirade was not addressed at black cast members Donald Glover or Yvette Nicole Brown.

People close to the situation say that Chase had been increasingly frustrated and uncomfortable with the direction of his character, Pierce, who is a bigot. After getting fed more lines he found offensive during a scene yesterday, I hear he snapped and launched the tirade, airing his frustration and suggesting that the way things with Pierce are going, he may next be asked to call Troy (Glover) or Shirley (Brown) the N-word.

“Chevy was the first to realize how immensely gifted Donald was, and the way he expressed his jealousy was to try to throw Donald off,” said Harmon. “I remember apologizing to Donald after a particularly rough night of Chevy’s non-P.C. verbiage, and Donald said, ‘I don’t even worry about it.’”

Glover said Chevy Chase picked a fight with him and that “a true artist has to be OK with his reign being over.”

“I can’t help him if he’s thrashing in the water. But I know there’s a human in there somewhere — he’s almost too human,” Glover said.

In 2018, Chase sparked Pete Davidson’s ire when he said that Saturday Night Live is the “worst fucking humor in the world.”

“I don’t want to put down Lorne or the cast, but I’ll just say, maybe off the record, I’m amazed that Lorne has gone so low. I had to watch a little of it, and I just couldn’t fucking believe it,” said Chase.

“Fuck Chevy Chase. He’s just a genuinely bad, racist person and I don’t like him. He’s a putz,” Davidson said, adding the star “had a big career and then it stopped because everybody realized he’s a jerkoff.”

“He should know more than anybody. It’s disrespectful to Lorne, too, a guy who gave you a career. No matter how big you get, you can’t forget what that guy did for you,” Davidson added.