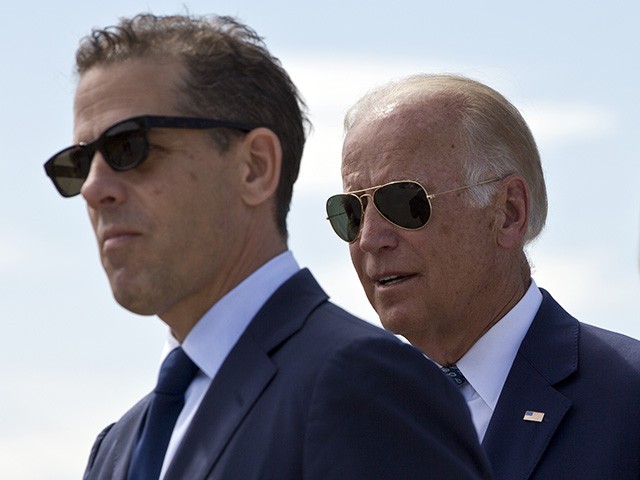 Recently-discovered emails from Hunter Biden’s laptop have revived concerns about how his father, former Vice President Joe Biden, may have abused his office to enrich members of his family. Some also suspect the money found its way back to Biden.

The Biden family partners are often foreign governments, where the deals occur in the dark corners of international finance like Kazakhstan, China, Costa Rica, Jamaica, Ukraine, and Russia. Some deals have even involved U.S. taxpayer money. The cast of characters includes sketchy companies, violent convicted felons, foreign oligarchs, and other people who typically expect favors in return.

The Bidens leverage political power not only for generating deals, but also for the opportunities to quietly develop the financial resources of wealthy friends for the benefit of the family. Friends that help the Bidens can count on Joe to grant them governmental favors.

In 2014, Hunter Biden took a lucrative board position with Burisma, a Ukrainian energy company widely viewed as corrupt.

Journalists asked the Obama White House and the State Department about the curious arrangement, which posed an obvious conflict of interest, as then-Vice President Biden was leading President Barack Obama’s diplomatic efforts toward Ukraine.

The Obama administration stonewalled: “I would refer you to the Vice President’s office,” press secretary Jay Carney said.

But inside the administration, career civil servants raised the alarm. One State Department official, George Kent, told the House Intelligence Committee last year that he had brought up Burisma with the Vice President’s office. Nothing was done.

“There has been no indication of conflict of interest in Ukraine or anywhere else, period,” Biden told reporters last year.

But that was untrue. A Senate investigation found that Biden was specifically warned about Hunter Biden and Burisma in 2015.

Biden did nothing to resolve the conflict of interest.

Instead, he continued leading U.S. foreign policy in Ukraine.

In 2018, Biden infamously boasted that he had forced Ukraine to fire its chief prosecutor by threatening to withhold $1 billion in U.S. loan guarantees — which the country, being invaded by Russia, desperately needed.

Democrats argue that the prosecutor was corrupt. He might well have been, but he also had jurisdiction over investigations into Burisma — a clear conflict for Biden.

When he was asked last summer about “allegations that his younger brother James and his son Hunter have sought to use his political connections to enrich themselves,” Biden declared: “I have never discussed, with my son or my brother or with anyone else, anything having to do with their businesses. Period.”

One email, from Burisma adviser Vadim Pozharskyi, told Hunter Biden and his business partners that he expected them to provide “deliverables,” and that the “list of deliverables” included “the ultimate purpose” of stopping “cases/pursuits.”

In another email. Pozharskyi thanked Hunter Biden for a meeting in April 2015 with Vice President Joe Biden himself.

Breitbart News also uncovered emails showing that Hunter Biden and his associates “used their access to the Obama-Biden administration to arrange private meetings for potential foreign clients and investors at the highest levels in the White House.” These foreign clients included senior Chinese executives and members of the Chinese Communist Party. And a photo has emerged showing Joe and Hunter Biden meeting an oligarch from Kazakhstan whom Hunter Biden was advising.

The New York Post also published an email revealing that Hunter Biden pursued business deals in China, such as one with China’s largest private energy company that he said would be “interesting for me and my family.” In the email, Hunter Biden proposed dividing up shares in the new version, including 10% to be “held by H for the big guy,” who was unnamed.

The question of how much Hunter Biden earned for linking foreign clients with Vice President Joe Biden is unknown. It is also unknown whether Joe Biden benefited financially from his son’s business ventures. Former New York City Mayor Rudy Giuliani has alleged that Biden received “half” of what his family earned from opportunities that he helped arrange.

What is clear is that Joe Biden lied about knowing there was a conflict of interest; lied about never discussing his business interests with Hunter Biden and other relatives; and has failed to deny any of the allegations emerging from the emails.

Instead, Biden has cited the fact that social media companies have censored the story as evidence that it is false. Biden himself cited Obama-era intelligence officials who said they believed the emails were part of a “Russian disinformation” campaign — though they also said the emails could be “genuine” and that they had no “evidence” that Russia was involved.

In 2016, the Obama administration launched an investigation of then-candidate Donald Trump on the bases of the phony Russia dossier. They justified it by saying they needed to know if a potential president was compromised by a foreign power. Biden himself was briefed on the investigation.

In 2020, there is solid evidence that Joe Biden’s relatives have troubling foreign business interests that he facilitated. By his own standard, Biden would be disqualified from holding the highest office.