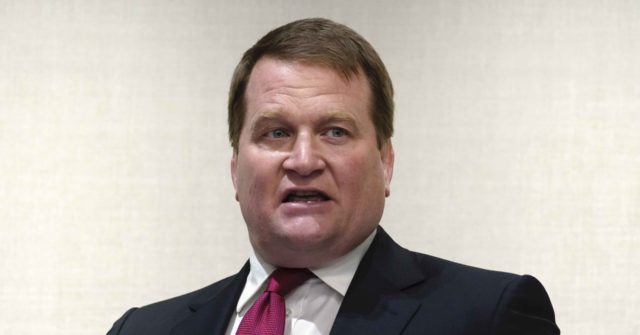 Tony Bobulinski, a former Biden family business partner who confirmed that he was the recipient of one of Hunter Biden’s emails linked to investment with a Chinese energy company, said Thursday he will give all of his materials to the FBI.

Fox News Channel White House Correspondent John Roberts initially reported Thursday afternoon that Bobulinski “will turn his electronic devices and records of business dealings with Hunter and Jim Biden over to the FBI.”

BREAKING: Tony Bobulinski will announce that he will turn his electronic devices and records of business dealings with Hunter and Jim Biden over to the FBI

He described an attempt to create joint venture between the Bidens and the CEFC China Energy Co. to create a new company, Sinohawk Holdings. He confirmed that he had received an email, first reported by the New York Post, describing the equity distribution of the new company, and said that the “big guy” for whom 10% was to be held was Joe Biden.

He added that those involved in the negotiations were “paranoid about keeping Joe Biden’s involvement secret.” He added that he would be handing over three telephones to the FBI, and cooperating with Sen. Ron Johnson (R-WI), the chair of the Senate Homeland Security Committee.

Bobulinski added that $5 million from the Chinese investors that was supposed to go to Sinohawk ended up in an account controlled by Hunter Biden — a fact he only learned from Johnson’s recent report.