Orban’s enthusiastic embrace of Russian natural gas follows years of pleas to Europe from the government of neighboring Ukraine to seek energy independence from Russia, as the Putin regime has invested much of those profits into supporting pro-Russia paramilitaries in the eastern Donbas region and colonizing Ukraine’s Crimean Peninsula. While many Western countries, including the United States, have ramped up panic about a potential full Russian invasion of Ukraine, Ukrainian President Volodymyr Zelensky has insisted that the current Russian troop situation near the Ukrainian border is not significantly different from that during the same time of year in 2021 – and that the true threat to Ukraine is Russian natural gas dominance in Europe.

Orban expanding Hungary’s energy dependence on Russia is part of a larger European trend of doing so most prominently represented by the Nord Stream 2 gas pipeline project, which would allow Russia to directly ship natural gas to Germany and its neighbors. Zelensky has described Nord Stream 2 as a “weapon” that could crush Ukraine’s economy and urged the world to sanction it, with little success.

President Joe Biden repealed sanctions on Nord Stream 2 implemented by predecessor Donald Trump last summer, prompting an impassioned tirade by Zelensky to the D.C. outlet Axios in which he accused Biden of valuing his relationship with Germany more than Ukrainian lives.

“Thanks to the President [Putin], the long-term gas supply contract between Russia and Hungary has been extended. It has become clear that in the future long-term contracts will be particularly valuable, and so the volume of gas supplied should be increased rather than reduced,” Orban said in an official statement published by the Hungarian government following his meeting with Putin in Moscow. “I have now asked the President for an increase of one billion cubic metres in the annual volume of long-term Russian gas supplies to Hungary, and I have received confirmation that we can hold substantive negotiations on this. We will conduct talks on this.”

Radio Free Europe/Radio Liberty (RFE/RL) reported that, at a press conference following their meeting, Orban explained that he sought for the billion cubic meters of annual volume to be added to the already agreed-upon 4.5 billion cubic meters Hungary would receive from Gazprom every year for the next 15 years. That contract was signed in September, and Orban suggested it was already enough of a success that it merited expansion.

“Details were not provided, but Orban added that Hungary would be insulated from future energy price spikes in Europe under its long-term contract with Russia,” RFE/RL reported.

In addition to rejecting calls to limit natural gas purchases from Russia, Orban explicitly rejected the idea of sanctioning Moscow any further.

The two leaders reportedly spoke for five hours before the press conference. 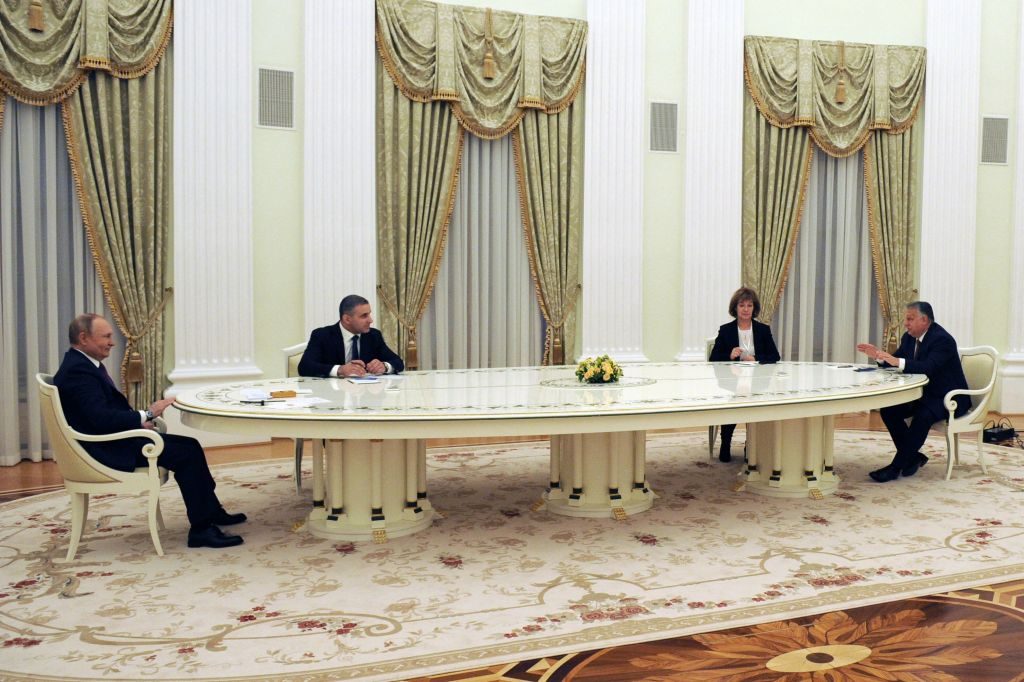 Orban’s rejection of sanctions aligns his policies with President Biden, who has repeatedly ignored Zelensky’s calls for more sanctions on Russia. Zelensky’s growing impatience with the world in dismissing the potential positive effects of sanctions has become a staple of his public statements in the past month. Most recently, on Tuesday – meeting with British Prime Minister Boris Johnson as Orban chatted with Putin – Zelensky insisted that plans to sanction Russia after a further invasion of Ukraine did not make sense.

“My opinion is well-known here. The word ‘deterrence’ testifies to its logic. Any measures are effective prior, not after. It’s prevention, not something that comes after. Prevention is better than resuscitation,” Zelensky told reporters, according to the Ukrainian state news agency Ukrinform.

Zelensky similarly asserted that sanctions work, but only before the target of the sanctions engages in the behavior the sanctions are meant to stop.

“Sanctions are considered to be a preventive tool because they can be applied and then lifted. If there is an invasion by Russia, do you introduce powerful sanctions after we might have already lost several territories?” Zelensky said in remarks to the Washington Post in December. “Once you introduce sanctions, what will Russia do?”

Zelensky similarly told reporters that month that sanctions after another invasion “won’t matter to anyone.” 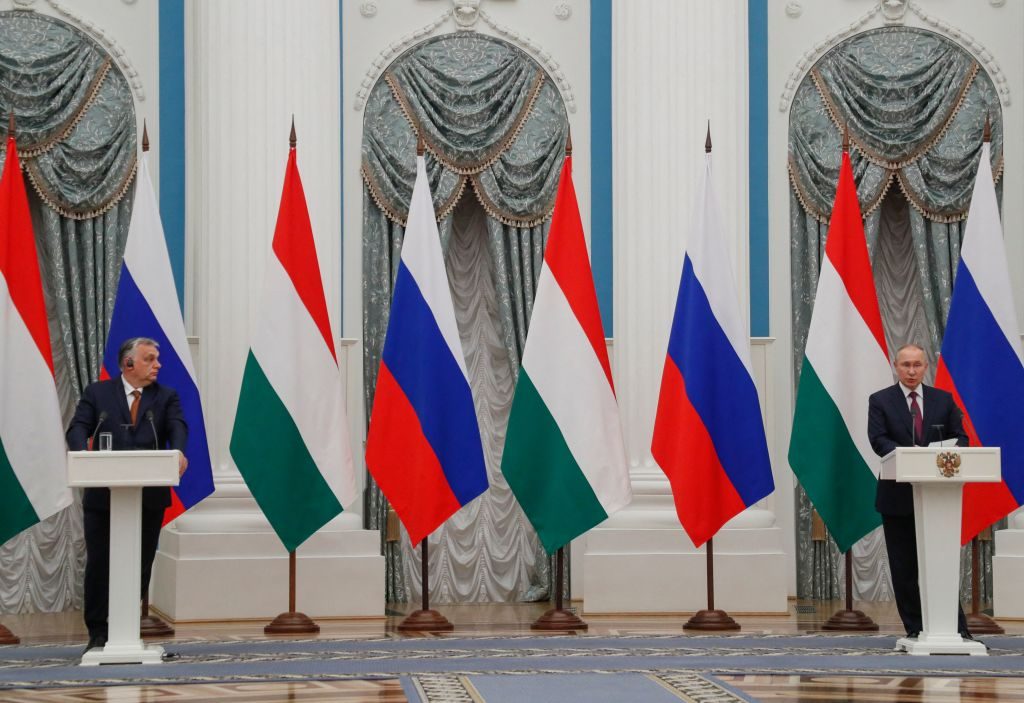 Russian President Vladimir Putin (R) and Hungarian Prime Minister Viktor Orban give a press conference during their meeting at the Kremlin in the Moscow on February 1, 2022. (YURI KOCHETKOV/POOL/AFP via Getty Images)

The president’s most aggressive comments against lifting sanctions came in June, however, when the Biden administration lifted the ones on Nord Stream 2.

“It still seems to me that Nord Stream 2 … we understand that this is a weapon, a real weapon … A weapon in the hands of the Russian Federation, and it is not very understandable, I feel, and definitely not expected, that the bullets to this weapon can possibly be provided by such a great country as the United States,” Zelensky told Axios.

Nord Stream 2 is expected to double Gazprom’s capacity to ship natural gas to Europe and begin operating in the latter half of 2022.

“Nord Stream 2 is financed by leading energy companies from France, Germany, the Netherlands, Great Britain and Austria,” the project’s official website claims. “A multi-billion Euro investment in European industry and services, the project involves more than 200 companies from 17 countries worldwide.”

In addition to greatly enhancing the Russian natural gas industry, the project is expected to crush Ukraine’s shipping industry, as current shipments run through the country.