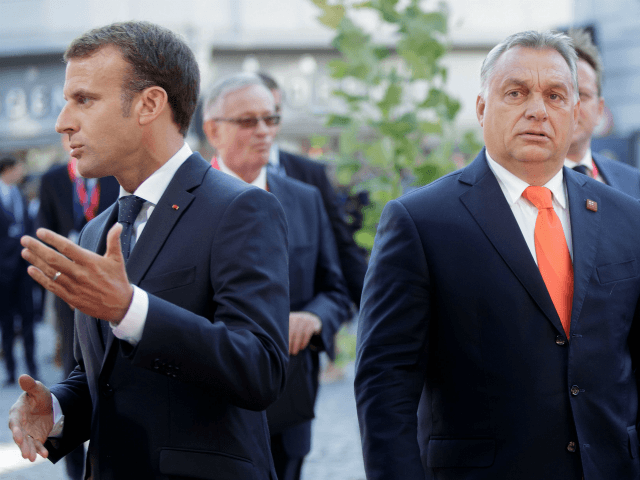 Hungarian Prime Minister Viktor Orbán said Thursday that French President Emmanuel Macron is the champion of Europe’s “pro-immigration forces” and therefore he has a duty to oppose him.

“There is no denying that Emmanuel Macron is an important figure, in fact, the leader of the pro-immigration forces,” Mr. Orbán told a press conference in Budapest.

Responding to a question from Le Monde, the prime minister said that he has “good relations” with Macron, but when it comes to views of migration, the two are on opposite sides.

“It is nothing personal, but a matter of our countries’ futures,” Orbán noted.

“If what he wants with regards to migration takes place in Europe, that would be bad for Hungary, therefore I must fight him,” he said.

Mr. Orbán said he hopes that parties committed to curbing illegal immigration will win a majority in the European Parliament elections next May, in order to modify the current policy of the EU executive.

He also denounced the policy of Chancellor Angela Merkel and the attitude of the German media, which “are constantly pushing” for Europe to welcome more and more migrants, in opposition to the will of the Hungarian people.

“On that, there is no compromise possible,” he insisted. German politics “does not respect” the Hungarians’ decision not to become an “immigrant nation.”

The prime minister also welcomed the initiative of Poland and Italy to form an alliance for the next European elections, to fight for “the renaissance of European values” ​​against the “immigrationist” schemes of the globalists.

“The Italian-Polish alliance, the Warsaw-Rome alliance is one of the biggest events that could mark this beginning of the year,” Mr. Orbán said, while holding up Italian interior minister Matteo Salvini as “a hero” who managed to stop the influx of migrants in Italy.

“The Europe that will be formed in June will guide us all, unlike the one that exists today and is led by bureaucrats,” Salvini said during his visit to Warsaw.

This is not the first time that Mr. Orbán has called out Mr. Macron as a key player in Europe’s pro-immigration forces.

The two pro-sovereignty politicians singled out Macron as their political enemy, announcing that they would form an anti-mass migration coalition ahead of European Parliament elections to challenge his vision for the European Union.

“He leads the European force that backs migration, he’s the leader of those parties who back migration to Europe, and on the other side there’s us who want to stop illegal migration,” Orbán said.

For his part, Mr. Macron welcomed the title, announcing that he is the “chief adversary” of the European populist bloc spearheaded by Matteo Salvini and Viktor Orbán.