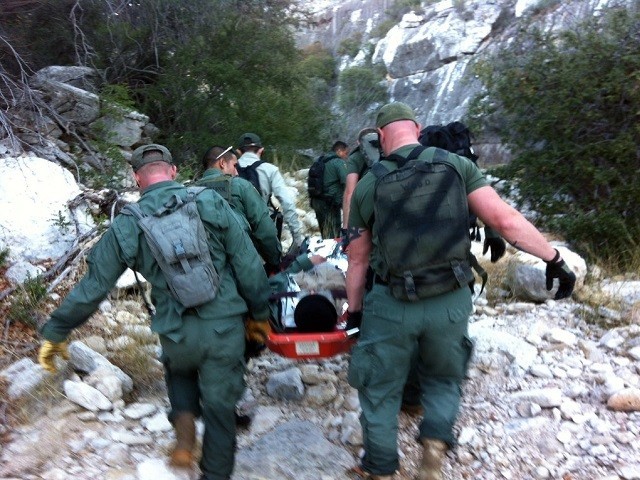 “Entrusting your life to criminals to smuggle you into the United States is dangerous, as these unfortunate incidents illustrate,” El Centro Sector Chief Patrol Agent Gloria I. Chavez said in a written statement. “Smugglers don’t care about lives, they only care about collecting money.”

El Centro Sector agents working a foot patrol in the Jacumba Mountains came upon a migrant on the morning of September 11 who was severely dehydrated after human smugglers left him to die. The agents began first aid and determined he could not be moved safely, according to U.S. Customs and Border Protection officials.

The agents called in rescue teams from Yuma Search and Rescue. The group is located at Marine Corps Station Yuma. The agents also called for assistance from Border Patrol BORSTAR teams.

The migrant’s condition quickly worsened and by 11:55 a.m., he lost consciousness. The rescue teams were unable to resuscitate the migrant who died from exposure to the heat and lack of water.

The following day, Border Patrol agents received an alert that a man and a pregnant female were needing to be rescued after their smugglers abandoned them in the Yuha Desert. The agents quickly mounted a search and rescue effort and found the two migrants.

Agents found the woman in “dire condition,” officials stated, and immediately began emergency medical treatment. With the assistance of EMS and the Imperial County Fire Department, the woman and her unborn child’s lives were saved.

The man traveling with her was not as fortunate. Rescue efforts by the EMS crews were not enough to save the man’s life and he died from exposure to the heat and lack of water.

At least 283 migrants died during or after attempts to illegally cross the border into the United States during 2018, according to the Missing Migrant Project.