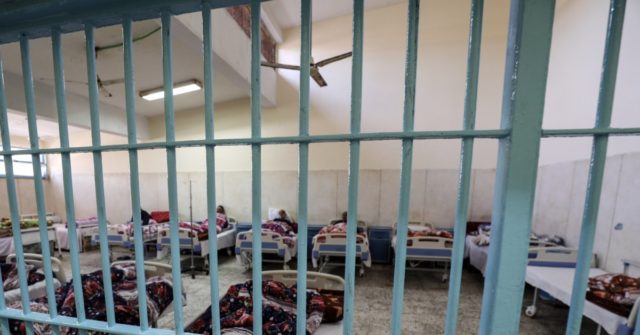 Authorities in Egypt allegedly detain and forcibly “disappear” children as young as 12 years old, some being “waterboarded and electrocuted” while in detention, according to a report by Human Rights Watch (HRW) published on Monday.

One child was reportedly sentenced to death, a violation of international law.

In the report, 20 children provide testimony saying they were between 12 and 17 years old when they were arrested. Fifteen said they experienced torture in pre-trial detention; seven alleged officers tortured them using electricity, such as stun guns.

One boy arrested at 16 years old reportedly told family that, after his detention, he feared he may “never marry or be able to have children” because of the torture he endured in detention.

“Children are describing being waterboarded and electrocuted on their tongues and genitals, and yet Egypt’s security forces are facing no consequences,” said Bill Van Esveld, HRW associate children’s rights director.

A victim of forcible disappearing – in which authorities refuse to acknowledge the child is in detention or that they know any information about them – one boy allegedly arrested at 17 years old said he was placed in solitary confinement.

HRW worked alongside Belady, a non-governmental organization for disadvantaged children, to corroborate statements from the children’s families with court documents, medical records, and videos.

“The harrowing accounts of these children and their families reveal how Egypt’s machinery of repression has subjected children to grave abuses,” said Aya Hijazi, co-director of Belady. “Egyptian authorities act as though they are above all laws when it comes to children in detention.”

HRW and Belady said the torture and abuse of children were “typical of the brutal security tactics” employed by Egypt since President Abdel Fattah el-Sissi came to power in 2014. Following the 2013 overthrow of Muslim Brotherhood President Mohammed Morsi, the Egyptian government launched a crackdown on dissidents in which it jailed thousands of Islamists, as well as secular, pro-democracy activists. The crackdown continues today.