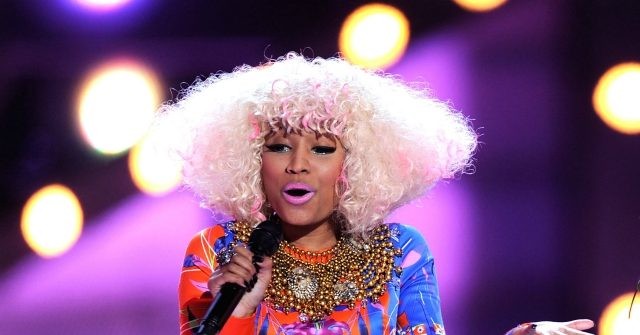 Human rights activists are slamming rapper Nicki Minaj for promoting LGBTQ rights one month and then headlining a concert held in the anti-gay Kingdom of Saudi Arabia the next.

Nicki Minaj accepted an invitation to perform at the Jeddah World Fest for an alcohol-free, 16 and older concert, to be held at the King Abdullah Sports Stadium in Red Sea City.

But the Human Rights Foundation (HRF) sent a letter to Minaj questioning her for her commitment to the famously anti-gay country.

In his letter, HRF CEO Thor Halvorssen noted that Crown Prince Mohammed bin Salman was paying for the concert and he is no friend to human rights or the LGBTQ community.

“Ms. Minaj, as you can see, you are scheduled to perform at a state-sponsored event in one of the most repressive regimes on earth — a country whose leader has also led a relentless campaign to silence women’s rights activists,” Halvorssen said in the letter. “Many of the women who have advocated to lift the driving ban in Saudi Arabia are currently in jail and being subjected to torture that includes electric shocks, flogging, and rape.”

Halvorssen went on to point out that bin Salman is responsible for a “human rights crises in Saudi Arabia” and that protesters have been jailed there just for daring to speak out against the crown.

The HRF chief was also perplexed over the singer’s choices where it concerns the LGBTQ community.

“You recently celebrated Pride Week to stand in solidarity with the LGBTQ community. Yet, if you move forward with this performance, you will be condoning, and serving the public relations needs, of a government that executes homosexuals for the ‘crime’ of being who they are,” Halvorssen wrote. “How does she participate at World Pride one week and then hop on a jet to collect millions from a regime that beheaded five gay men this past April?”

Minaj has not responded to the criticism and the group’s demands.