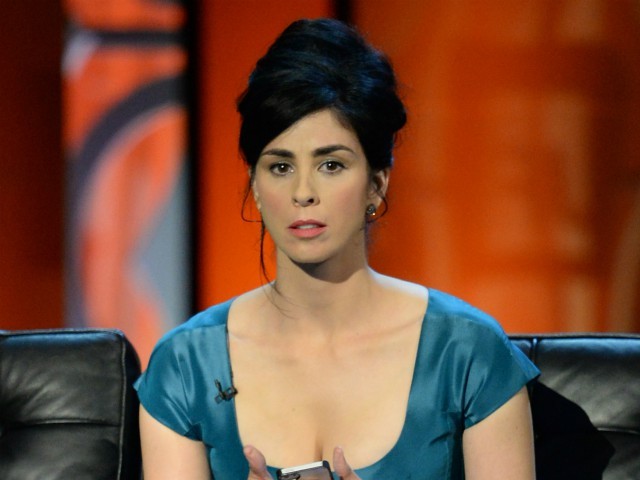 Comedian Sarah Silverman may have loved America — but America apparently didn’t love her back. I Love You, America, a political talk show hosted by Sarah Silverman on Hulu has been cancelled after just one season of 21 episodes.

“Well, Hulu cancelled I LOVE YOU AMERICA and we’re all pretty damn heartbroken. … So in traditional twitter funeral style, I’ll be RTing the love,” Silverman said in a social media post Wednesday.

Well, Hulu cancelled I LOVE YOU AMERICA and we’re all pretty damn heartbroken.

… So in traditional twitter funeral style, I’ll be RTing the love.

Indeed, she re-tweeted many fans and fellow celebrities who mourned the show.

You need to understand that @SarahKSilverman‘s “I Love You America” was more than a comedy show. It was a conscious effort to make the country a better place. The loss is more than just the loss of some TV.

Funny or Die, the company that owned the series along with Silverman, released a statement Wednesday reading, “We are so proud of ‘I Love You, America’ and congratulate Sarah, the producers and the entire team for engaging thoughtful conversation and showcasing such diverse points of view every week.”

“Whether it was connecting with firemen in Mineola, Texas over ‘pooping their pants’ stories, or going on a blind date with a conservative lobbyist in D.C., Sarah’s commitment was boundless and there is nothing more to say than ‘we lerve you’ to the whole crew.”

Like most contemporary political comedy, I Love You, America was a hotbed for Trump hate and leftist fare.

She interviewed Sen. Bernie Sanders in September, during which he claimed that America starves “little children” and bombs “houses and buses of children.”

In one episode in October, Silverman accused President Trump of going “full Hitler” because he referred to himself as a “nationalist” at a rally. In another episode that month, she declared that white women who voted for Donald Trump in 2016 were “too far gone” for her to reach.

Indeed, the Ralph Breaks the Internet star spent much of 2018 railing against the president and Republicans in general.

In November, Silverman said that she felt lucky that President Trump didn’t make her wear a star on her clothes like in Nazi Germany.

“You know, in a time, Bill, where anti-Semitic crime is up 57 percent since this douchebag has taken office, it is not lost on me that I am very lucky that I get a star and I don’t have to sew it on my clothes,” the I Smile Back actress told Bill Maher on HBO.

During the confirmation hearings of Brett Kavanaugh, Silverman wished for Trump to be “held down” and “violated.”