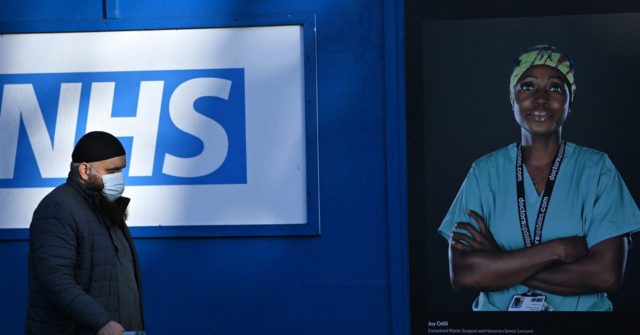 The UK government reportedly looks set to scrap mandatory vaccination for healthcare workers across the country, in what amounts to a massive U-turn on COVID policy.

A requirement for healthcare workers in the United Kingdom to be vaccinated against the Chinese Coronavirus in order to keep their jobs looks set to be scrapped, according to reports by a number of government sources.

Both workers in the UK’s care home sector, as well as the nation’s socialised healthcare system, the NHS, are to be affected by forced vaccination. Mandates for care home staff have already been in place since November, while mandates affecting frontline NHS staff are due to come into effect April 1st.

However, according to a report by The Telegraph, all of these mandates for healthcare workers across the UK are set to be scrapped, with those already forced out of their jobs by jab requirements to be allowed return to work in the sector.

The massive U-turn on the government’s end — which The Telegraph reports as being expected by multiple government sources — is apparently a result of the massive knock-on impact that sacking unvaccinated health workers was expected to have on the ability of the health service to function.

Over 80,000 frontline staff in the country’s socialised service are believed to be unvaccinated, with a number of organisations warning of staff shortages within the health system should the mandate come into effect.

One government source reportedly told The Telegraph that the change in policy was due to the emergence of the Omicron variant of the Chinese Coronavirus.

“Omicron has changed things. When we first introduced the policy, it was delta that was the dominant variant. That was very high risk in terms of how severe it was,” the source claimed.

“For omicron, while it is more transmissible, all the studies have shown it is less severe,” the source continued. “That has changed the conversation about whether mandatory jabs are still proportionate.”

However, others slammed what they believed was a poorly formulated policy from ever being considered in the first place.

“This decision epitomises the lack of foresight by ministers in choosing to drive the implementation of this policy without producing impact assessment prior to taking it to the vote,” The Telegraph reports the chair of the National Care Association, Nadra Ahmed, as saying.

“Every parliamentarian who voted for it in social care needs to take responsibility for the loss of staff our sector have suffered because of an ill-thought out policy,” she continued. “Social care has been used as a pilot which has devastated our workforce and brought providers to their knees.”

The government is also reportedly expecting backlash from those who have already lost their jobs over the mandates, with legal action being seen as a possible route for those affected who are looking to get their positions back.

While there may be backlash regarding the decision, the U-turn comes after widespread calls for the government to reconsider implementing the measures.

Earlier this month, a thousands-strong protest saw NHS staff throwing down their uniforms at the gates of Downing Street in protest against the jab mandate.

Footage of the event shows a large crowd of people hurling uniform ‘scrubs’ and other items of clothing at the gates of the government premises, with chants of “shame on you” abounding.

Another video that went viral was of an NHS doctor confronting UK Health Secretary Sajid Javid over the mandate, with the medical expert saying that the evidence was not strong enough to justify the government forcing the jab for the sector.

“I had Covid at some point, I’ve got antibodies, and I’ve been working on Covid ICU since the beginning,” Dr Steve James of Kings College Hospital told the Health Secretary. “I have not had a vaccination, I do not want to have a vaccination.”

“The vaccines are reducing transmission only for about eight weeks for Delta, with Omicron it’s probably less,” he continued. “And for that, I would be dismissed if I don’t have a vaccine? The science isn’t strong enough.”

James went on to suggest that the Omicron variant provided the government with an opportunity to reexamine the mandate, a claim which may yet prove prophetic.

Many have since welcomed the rumoured reversal of course by the government, with Arch-Brexiteer Nigel Farage saying that, if it is true that the mandate is to be scrapped, it would be a very good day for freedom of choice.

“A huge moment for freedom of choice today,” Farage said in a post online, referencing a picture of the report in The Telegraph. “Hopefully the NHS vaccine mandate will be overturned.”

A huge moment for freedom of choice today.

Hopefully the NHS vaccine mandate will be overturned.

I have pushed hard for this on GB News. pic.twitter.com/MpeV7HYbyw