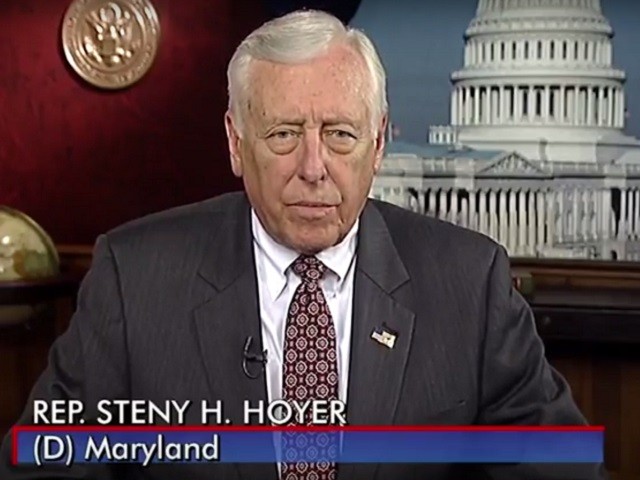 On Monday’s “MSNBC Live,” House Democratic Whip Steny Hoyer (D-MD) stated that Democrats don’t like a border wall as a matter of policy, but he isn’t sure if that’s worth shutting down the government. Hoyer also expressed hope that the president doesn’t shut the government down over wall funding.

Hoyer said he believes Congress will vote to fund the government until December 21st, and it is his understanding that “the Senate and the House have reached agreement on almost every issue, except the wall.”

Host Kasie Hunt then asked, “Is it worth a shutdown?”

Hoyer responded, “I don’t know whether it’s worth a shutdown, but apparently, the president’s been talking about shutdown now for about a month, and longer than that.”

He continued that he hopes that the president doesn’t shut the government down over wall funding and the only person who supports a shutdown is perhaps the president.