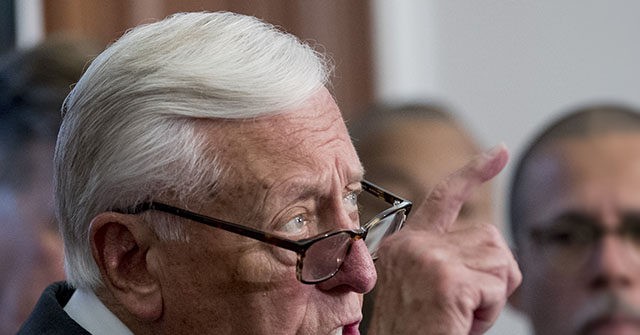 Democratic Majority Leader Steny Hoyer (D-MD) said Tuesday on MSNBC’s “MTP Daily” that President Donald Trump needed to call Senate Majority Leader Mitch McConnell’s (R-KY) and have him put a coronavirus stimulus bill on the floor of the Senate for a vote.

Hoyer said, “You just did a quote from the president about he wanted to do higher than Pelosi. He says Pelosi doesn’t want a deal. That’s baloney. We passed a deal at less sums apparently than the president wants to exceed Pelosi by. So, the fact of the matter is we passed a bill. Apparently less sums than the president says he’ll support. Have his Republicans put that on the floor in the United States Senate and see what the vote is. I think there are 13 Republicans who are worried about their election and worried about helping people. McConnell and McCarthy both said, let’s wait. That’s what they’re doing.”

He added, “We passed a bill. We did our job. as a matter of fact, we’ve done it twice, Chuck. We passed one. It wasn’t agreeable. We came down 35%. It didn’t do as much as we thought we ought to do, but what we have to do and nothing’s happened, except the president says he wants to go higher than Nancy. God bless him. Go for it. Call up McConnell and tell him, put a bill on the floor. I think the Senate would pass that bill, and then we’d pass it.”