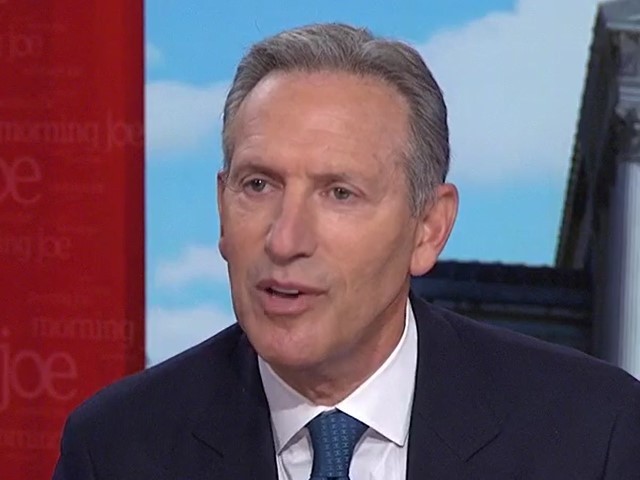 Former Starbucks CEO Howard Schultz shared Wednesday on MSNBC’s “Morning Joe” that he refused to donate to Sen. Elizabeth Warren (D-MA) when she was running for Senate.

The potential 2020 independent presidential candidate explained his decision to turn down the donation request, saying it was because Warren “believes in programs that will lead to a level of socialism in America.”

“[Warren] came to see me a few years ago and asked me for contribution for her Senate race,” Schultz stated.

MSNBC’s Willie Geist asked, “Did you give it to her?”

“I did not,” Schultz responded. “I don’t believe Elizabeth Warren is what [I stand] for. I don’t believe the country should be heading for socialism.”

He added, “I think she believes in programs that will lead to a level of socialism in America. She’s a smart woman. I respect her. This isn’t personal. I just don’t agree with her.”