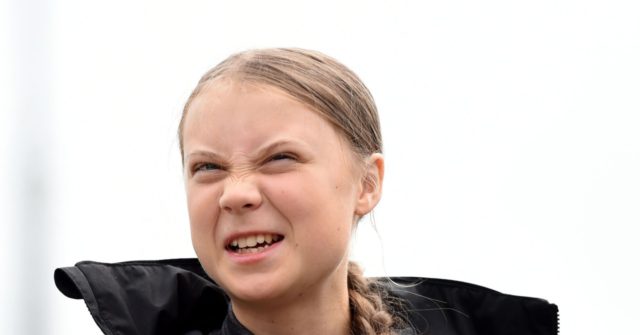 Office workers who use plastic utensils are being shamed by colleagues who use pictures of climate activist Greta Thunberg to push them into changing their “unapproved” behavior.

Pictures of the Swedish 16-year-old activist looking somewhat less than happy have been spotted in workplaces in Tel Aviv and Jerusalem, catalogued by Haaretz journalist Allison Kaplan Sommer.

In one case, a black-and-white photo of the Swedish teenager hangs above a supply of plastic spoons – hinting workers should use the metal ones instead.

Another photo shows a much smaller Greta cut-out placed in a box of plastic spoons at the offices of Israeli newspaper Haaretz.

Her face is also seen in front of a stack of plastic cups in another office, emblazoned with the words: ‘Are you sure?’.

A trend in Tel Aviv workplace cafeterias – photos of a judgemental Greta Thunberg next to disposable utensils. Here is #1: pic.twitter.com/8Zk93RfZ5s

Here’s another one – at Wix headquarters in Tel Aviv, via @YatirKaaren pic.twitter.com/9c4Gr21O4f

One of the images of the 16-year-old – placed on top of a mug filled with disposable cutlery – has the caption “How dare you” – a nod to the speech she gave at a U.N. summit in New York in September.

The deification of Greta Thunberg is being manifested in other ways beside workplace shaming.

As Breitbart News reported, Margaret Atwood has declared Thunberg to be the ‘Joan of Arc of the environment.’

The Canadian novelist, best known for her dystopian feminist fable The Handmaid’s Tale, was speaking on the podcast of the environmental extremist action group Extinction Rebellion.