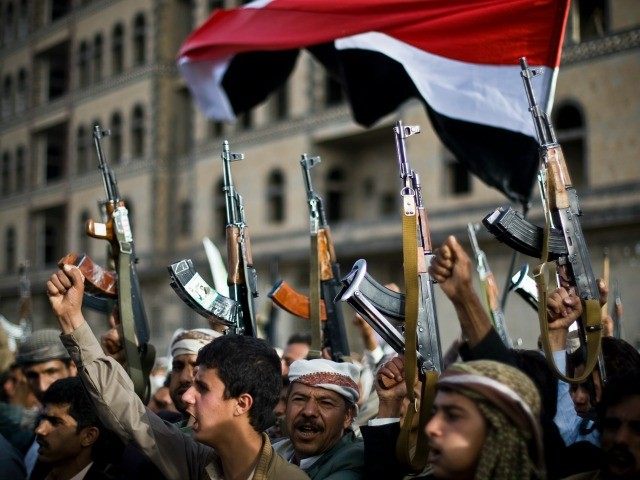 The Iran-backed Shiite Houthis and the Saudi-led coalition on Thursday agreed on an immediate ceasefire in Yemen’s port city of Hodeida, considered the lifeline of the country as the primary entry point for food and humanitarian aid.

Houthi fighters attacked a village in Hodeida (or Hudaydah) hours after the warring parties announced the truce, which came following United Nations-brokered negotiations in Sweden, the National reports.

Yemen has been at the epicenter of a proxy war between regional rivals Shiite Iran and Sunni Saudi Arabia for years now. A Saudi-led coalition has been fighting the Iran-backed Houthi rebels since March 2015 in a conflict that has killed at least 6,000 people.

Yemen’s Houthi movement says a truce agreed between the warring sides in Yemen is a victory for the war-torn country as it will stop Saudi attacks on the strategic city of Hudaydah. … Ansarullah calls the truce deal a defeat for the Saudis as it stops the aggression, allows existing local protectors who thwarted the Saudi offensive to be in charge of the city, and allows the Yemeni nation to regain their access to food, medicine, and other basic supplies.

Under the truce, “the existing local authorities” in Houthi-held Hodeida “will be officially in charge of controlling the city and establishing security there under the supervision of the U.N.,” Abdulsalam reportedly declared.

The Houthis currently control Hodeida. About 75 percent of the humanitarian and commercial goods entering Yemen — where some 90 percent of Yemen’s food, fuel, and medicine comes from foreign countries — flows through Hodeida.

Hodeida is a strategically important city — Yemen’s largest and most vital port. It also reportedly allows Iranian military supplies and funding to reach the Houthi rebels.

On Friday, the Saudi-led coalition maintained that the Houthis must abandon Hodeida as a precondition for a peace deal.

“However, Abdulsalam strongly rejected the proposal, saying Hudaydah must be kept apart from the military conflict, and that a government should be formed first before all parties are disarmed,” Press TV notes.

The Saudi-led coalition and the Houthis reportedly agreed to allow the U.N. to play a “leading role” in Hodeida.

Considered the alliance’s most significant offensive of the war, the operation launched by the Saudi-led coalition this year to push the Houthis out of the port city failed.

The U.N. and other aid groups have warned the battle for the port could escalate what has already been dubbed the world’s worst humanitarian crisis, choking off the delivery of urgently needed assistance and triggering a famine that would imperil millions of lives.

According to the U.N., the war has resulted in a staggering 70 percent of the population in Yemen — 20 million people — facing acute food insecurity raging from minimal to catastrophic levels.

Several ceasefire agreements in Yemen have failed in the past.

On Thursday, the U.S. Senate voted to stop the American military from lending support to Saudi Arabia’s war in Yemen.

Pressure against the war in Yemen has intensified in the U.S. amid outrage by American lawmakers from both political parties over the October killing of Washington Post columnist Jamal Khashoggi at the Saudi Consulate in Istanbul.