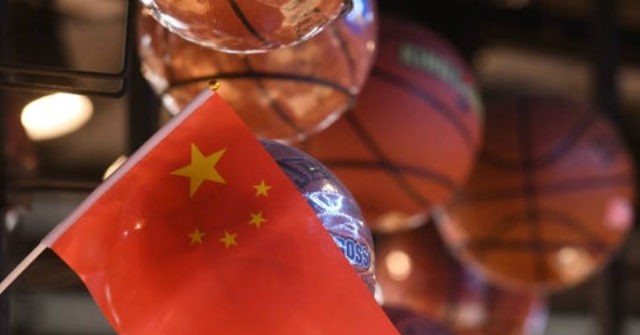 Chinese authorities have arrested a Houston Rockets fan who threatened to burn China’s national flag — an illegal act in the communist country that can result in up to three years behind bars.

CNN reported that the 25-year-old man used Chinese social media to make the threat and goaded authorities to “come and arrest him:”

Authorities in China’s northeastern Jilin province said that the man, Howard Wang, was accused of publishing “insults directed against the national flag” on Weibo, China’s equivalent to Twitter. Wang was arrested shortly afterward and the case is being investigated, local police said in a statement.

The Rockets have been arguably the most popular NBA franchise in China since the team drafted Chinese superstar Yao Ming in 2002. Yao played his entire NBA career in Houston.

Morey’s now deleted tweet angered both the NBA’s Chinese partners and U.S. politicians who accused the league of putting a priority on profit, instead of American values such as free speech.

NBA commissioner Adam Silver released a statement on the controversy:

“Values of equality, respect and freedom of expression have long defined the NBA — and will continue to do so,” Silver said. “The NBA will not put itself in a position of regulating what players, employees and team owners say or will not say on these issues.”

As CNN reports, “Silver’s response drew the ire of Chinese authorities and many angry citizens who said they would no longer support the Rockets. Some said they wouldn’t buy Rockets gear unless Morey resigned.”

In addition, several Chinese retailers and businesses have suspended ties to the Rockets, according to CNN.

A photograph of Wang shows him wearing a mask and a patch over one eye — symbols that have become synonymous with the ongoing Hong Kong uprising in support of democracy.

Another photo shows him holding the Chinese flag and a lighter.