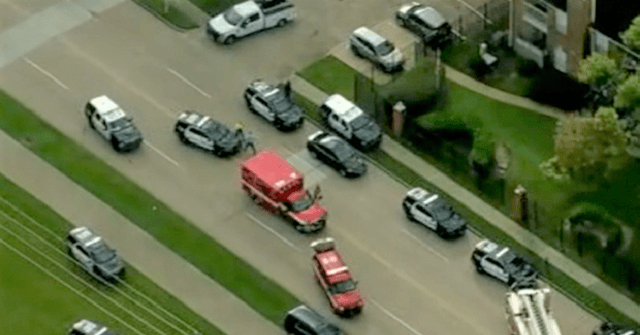 HOUSTON, Texas — Houston Police Sergeant Herald Preston died Tuesday morning after being shot while responding to a domestic violence call on the city’s south side. Another officer sustained an injury to his arm. Police arrested the suspect who had to be transported to the hospital for a gunshot wound to the abdomen.

Chief Acevedo identified the alleged cop killer as 51-year-old Elmer Manzano, a Salvadoran national with a criminal history. He said HPD officers have been called to the home on the city’s south side two times over the past ten days. Today, Monzano’s wife called the police as she tried to get her belongings out of the house.

The chief said a standoff ensued for about an hour before Monzano’s son opened the door and told police his dad had a gun. Manzano then allegedly opened fire striking Sgt. Preston multiple times. The chief said Officer Waller was also wounded in the arm. Manzano also reportedly shot his son who had to be transported to the hospital as well.

Houston Police Chief Art Acevedo tweeting a message Tuesday morning announcing that two of his officers had been shot. He asked for prayers for the officers.

We have had two officers struck by gunfire. Please pray! More to follow.

About an hour later, the chief tweeted that the suspect had been taken into custody.

Suspect has been taken into custody without further incident.

Please continue to pray for our officers, their families and their extended @houstonpolicefs@I love you.

ABC13 in Houston reports one of the officers was shot in the arm. The condition of the second officer has not yet been released.

KHOU CBS 11 reported the suspect was also transported to an area hospital. The extent or nature of the suspect’s injury is not known at this time.

Acevedo tweeted that a second SWAT standoff is underway in a different area of town. The cheif said the suspect threatened officers with a shotgun.

The @houstonpolice SWAT team is now on the way to another call out involving CIT suspect who threatened patrol officers with shotgun and is now barricaded inside his apartment. More to follow.

Editor’s Note: This is a developing story and will be updated as new information becomes available. Information in the article may change as new details become available.