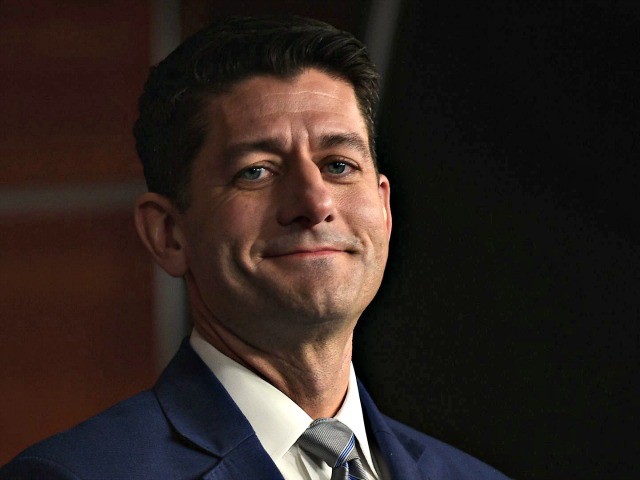 House Speaker Paul Ryan (R-WI) on Monday expressed optimism that Republicans will hold the House, a day before voters head to the polls on Tuesday in a midterm election.

“I feel good,” Ryan told Bret Baier on Fox News’s Special Report in an interview from Janesville, WI. “Frankly, our members feel pretty good because they have a really good message.”

He said Republicans have a record of achievement over the last two years under the Trump administration.

“Look at what we’ve been able to achieve in Congress with the President over the last two years: a record economy, the military being rebuilt, people feeling better about things, more jobs being offered in America today than people looking for jobs, wages growing faster than they have since before the recession,” he said.

“Because of all of this, our candidates feel like they have a great message, and the alternative is the chaos and dysfunction in Washington that the Democrats are basically promising if they get control of Congress. So, we really feel like we’ve got a good shot at keeping our majority because our record is so good and the contrast is so strong.”

He acknowledged that historically, the party opposite the president’s gains more seats in the midterms. But he said he remains “cautiously optimistic.”

“We already are standing against a historical trend that cuts against us, but the reason I feel like this is going to be really, really close, and I feel cautiously optimistic, is because of our record. He continued:

We have done so much. We’ve passed over a thousand bills in the House in just the last two years, making a huge difference. Tackling opioids, human trafficking, rebuilding the military, overhauling the VA, deregulating the economy, creating jobs and jobs, and wages, and overhauling the tax system, among many other things. So it’s been an enormous record of accomplishment.

Ryan contrasted that with what he predicted would happen if Democrats and House Minority Leader Nancy Pelosi (D-CA) take control of the House — “chaos and gridlock.”

“They’ll try to impeach the President. They want to abolish I.C.E., and that’s the agency that guards our border, that stops drugs from coming into our country. And they want socialized medicine, which would be a disaster for our country, plus a $32 trillion tax increase to pay for it. So, I think the contrast is clear. That’s why I think we’ve got a really good chance because history, although it’s not our friend, we have a good record that can help combat that,” Ryan said.