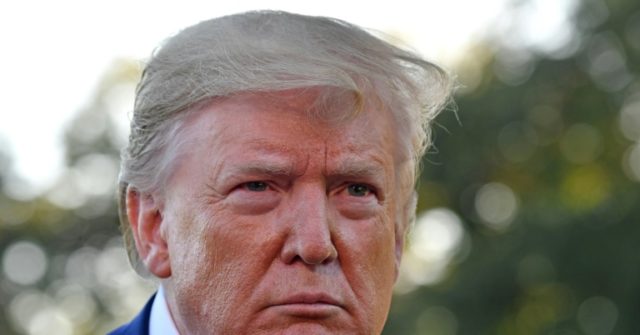 House Republicans on Monday evening issued a staunch defense of President Trump in his dealings with Ukraine in a report of their conclusions from the initial phases of the impeachment inquiry and accused Democrats of conducting “an orchestrated campaign to upend our political system.”

“The Democrats are trying to impeach a duly elected President based on the accusations and assumptions of unelected bureaucrats who disagreed with President Trump’s policy initiatives and processes,” it said.

Republicans argued in their report that Trump did nothing wrong by withholding $391 million in military aid to Ukraine, did not pressure the Ukrainian president to investigate Joe and Hunter Biden, and withheld the aid due to skepticism over Ukraine’s commitment to combat corruption.

The evidence shows that President Trump holds a deep-seated, genuine, and reasonable skepticism of Ukraine due to its history of pervasive corruption. Understood in this proper context, the President’s initial hesitation to meet with President Zelensky or to provide U.S. taxpayer-funded security assistance to Ukraine without thoughtful review is entirely prudent.

Some of the other key findings, according to the report, include:

The GOP report also argued — despite Democrats’ claims — that Ukraine did not know the military aid had been withheld until late August — a month after Trump’s July 25 phone call with Ukrainian President Volodymyr Zelensky.

Senior Pentagon official Laura Cooper testified that her office had received some emails from the Ukrainian embassy in July, but the GOP report said the senior leadership of Ukraine did not know about the hold on aid until late August, after a Politico article published on August 28.

Although this evidence suggests that Ukrainian officials in Washington were vaguely aware of an issue with the security assistance before August 28, the evidence does not show that the senior leadership of Ukrainian government in Kyiv was aware of the pause until late August.

Republicans argued in the report that the aid was released after Zelensky “took decisive action demonstrating his commitment” to combating corruption and without Ukraine taking any action to investigate the Bidens.

“President Trump then released security assistance to Ukraine and met with President Zelensky in September 2019 — all without Ukraine taking any action to investigate President Trump’s political rival,” it says.

Democrats have claimed that Ukraine was aware of the hold on aid by the July 25 phone call, and that Trump only released the aid on September 11 after he knew there was a whistleblower complaint about it to Congress.

The report also argued that Trump did not pressure Zelensky to investigate the Bidens and alleged Ukrainian interference in the elections, but that if Trump had done so, it would not be improper:

There is also nothing wrong with asking serious questions about the presence of Vice President Biden’s son, Hunter Biden, on the board of directors of Burisma, a corrupt Ukrainian company, or about Ukraine’s attempts to influence the 2016 presidential election.

Publicly available — and irrefutable — evidence shows how senior Ukrainian government officials sought to influence the 2016 U.S. presidential election in opposition to President Trump’s candidacy, and that some in the Ukrainian embassy in Washington worked with a Democrat operative to achieve that goal.

While Democrats reflexively dismiss these truths as conspiracy theories, the facts are indisputable and bear heavily on the Democrats’ impeachment inquiry.