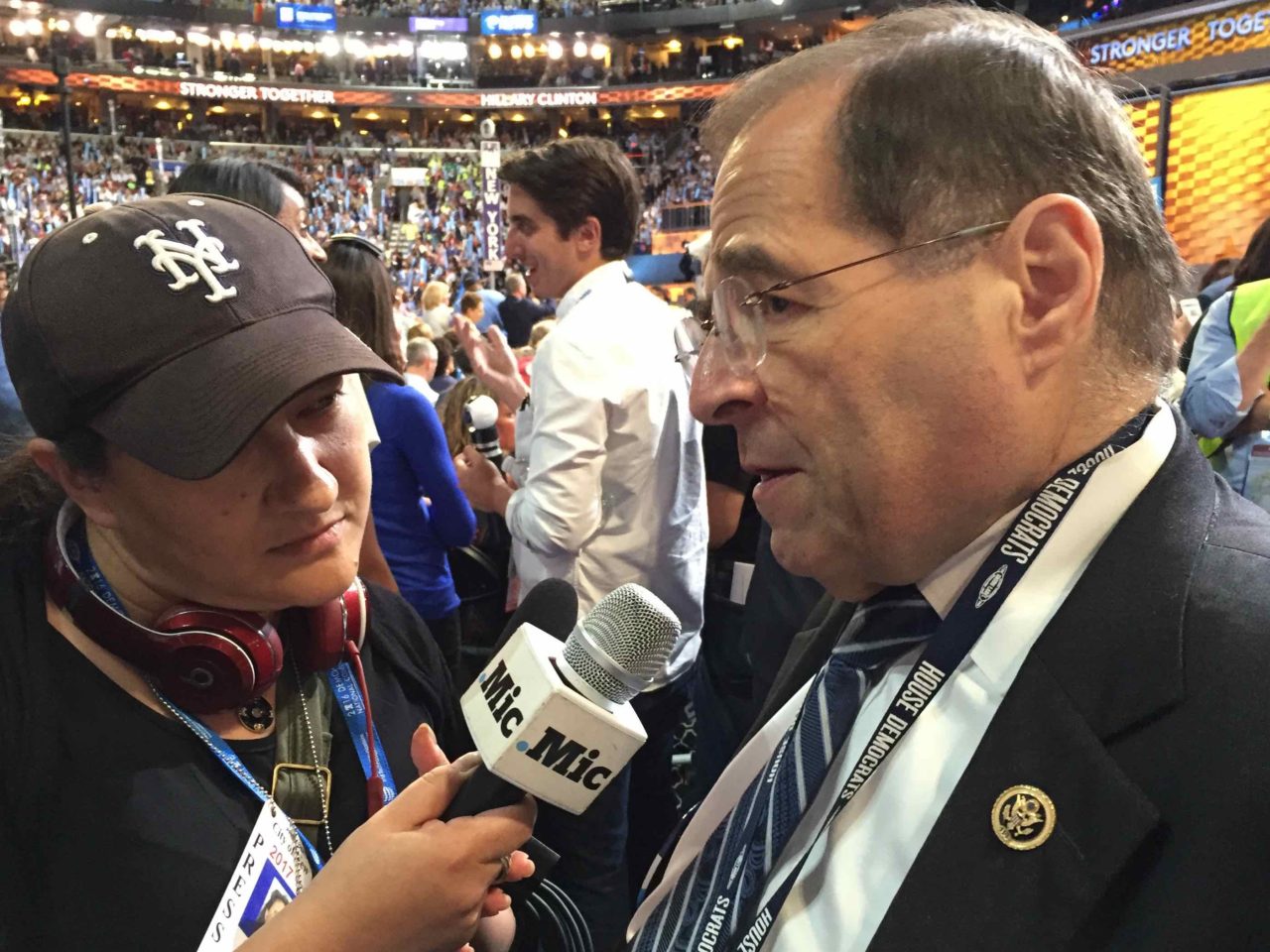 Incoming House Judiciary Committee chair Rep. Jerrold Nadler (D-NY) revealed plans Tuesday to launch an investigation into the rise of “white nationalism” in the United States when Democrats take over the House of Representatives next year.

In a letter to Acting Attorney General Matthew Whitaker, FBI Director Christopher Wray, and Department of Homeland Security Secretary Kirstjen Nielsen, Nadler demands answers to questions the Democratic minority had submitted to the administration over the past two years but which, he says, the agencies had ignored. The questions include accusations Trump “issued false statements” about terrorism and that he intended to single out Muslims.

In addition, Nadler complains about “President Trump’s rhetoric” as a possible cause (footnotes omitted):

He calls himself a nationalist. He falsely claims that “foreigners” are the primary sources of domestic terror. He famously claimed that there were “some very fine people on both sides” of the riot in Charlottesville — where a neo-Nazi demonstration ended in the death of one counter-protestor and two officers of the Virginia state police.

(Trump’s comment about “both sides” referred to the underlying issue of the removal of a statue of Confederate General Robert E. Lee; the New York Times itself documented the presence of ordinary protesters at the event.)

Nadler has already promised that he will continue investigating Supreme Court Justice Brett Kavanaugh over claims of sexual misconduct as a teenager — though he was confirmed after a Senate investigation. Nadler was also recently overheard revealing “plans for House Democrats to investigate and impeach Justice Brett Kavanaugh for alleged perjury and investigate and impeach President Donald Trump for alleged treasonous collusion with Russia.”

The letter from Nadler does not mention the long-running associations of leading Democrats — including then-Senator, and later president, Barack Obama — with antisemitic and racist Nation of Islam leader Louis Farrakhan.