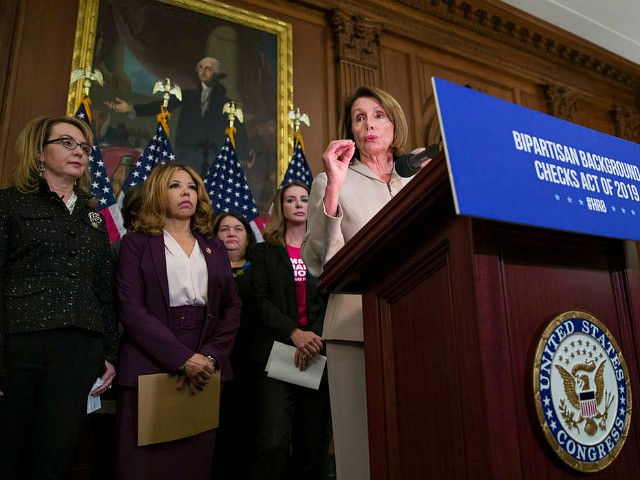 House Democrats plan to move legislation criminalizing private gun sales out of committee and get it to the floor for a vote this week.

On January 8, Breitbart News reported that House Democrats introduced the legislation, dubbed H.R. 8, in honor of the eighth anniversary of the January 8, 2011, attack on Gabby Giffords.

Giffords stood with the Democrats as they introduced their gun control:

It is truly blessing to have former Rep. @GabbyGiffords join us to introduce #HR8, the Bipartisan Background Checks Act of 2019, eight years after the Tucson shooting. https://t.co/ePopfptJV9

H.R. 8 would outlaw the private gun sales Americans have enjoyed since December 15, 1791, the date on which the Second Amendment was ratified. This would criminalize a neighbor who sold a gun to lifelong neighbor without first getting government permission via a background check. It would also criminalize a friend for selling a gun to lifelong friend without government permission.

Ironically, the bill would have done nothing to stop the attack on Gabby Giffords because her attacker did not buy his gun privately. Rather, he passed a background check to acquire the gun retail.