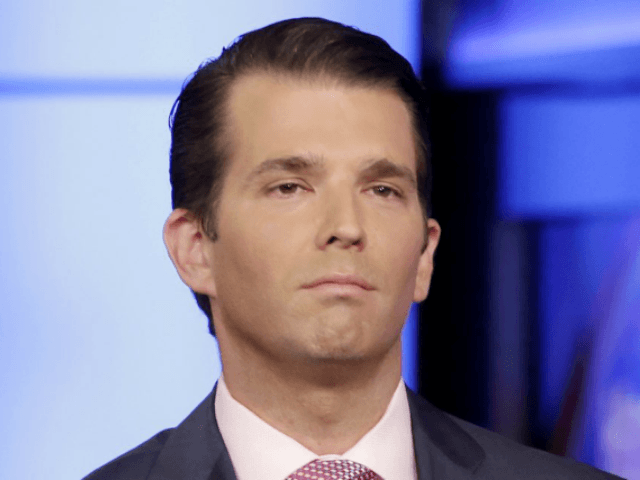 House Democrats plan to issue the first subpoena in their renewed Russia probe into Donald Trump Jr., according to a report.

Speier has talked about subpoenaing Trump Jr. and White House senior adviser and the president’s son-in-law, Jared Kushner, since at least last month.

Speier told CNN on December 7, “I think they will be subpoenaed if they don’t come voluntarily.” She said the committee would try to make as many hearings public as possible.

“We want to hear from I think a number of people that we have already interviewed,” she told CNN. “All of the phone bills and phone calls made and all of the direct messages and the emails that were never subpoenaed need to be subpoenaed for the primary persons that were part of the Trump orbit and campaign.”

Trump Jr. spoke to the committee in 2017, but Democrats have accused him of not being forthcoming.

“There are a number of persons that testified before the committee that I feel were not telling the truth,” said Speier, according to the Examiner.

The House Intelligence Committee wrapped up its investigation last year into possible Trump campaign collusion with Russians, finding there was no collusion. However, Democrats, who took control of the House in November, had long-planned to revive it.

Speier said the Committee’s final report was a “whitewash” and that the panel would subpoena key documents.

“Those documents were never subpoenaed by the Republicans and so they were able to just produce a whitewashed report that probably was written by someone on the presidential staff. I think it was truly a disturbing series of events over the last two years.”

Democrats have seized on a meeting in June 2016 at Trump Tower between Trump Jr. and other members of the Trump campaign and a Russian lawyer. The meeting was requested by a British publicist on behalf of a Russian pop star whose father worked with Trump on the Miss Universe pageant in Moscow in 2012.

Trump Jr. and other participants have said the meeting, which was for the purpose of giving the Trump campaign dirt on Hillary Clinton, produced no dirt and was a waste of time. The lawyer, Natalia Veselnitskaya, was also working with Fusion GPS at the time and reportedly met with Fusion GPS founder Glenn Simpson before and after the Trump Tower meeting.

It has also come to light, through the Republican-led committee investigation, that the Clinton campaign and the Democratic National Committee, had hired Fusion GPS through their law firm, Perkins Coie, to produce a dossier that claimed the Trump campaign colluded with Russia and that Russia had leverage over Trump due to an alleged tape of Trump with prostitutes urinating on a bed.

Speier said she expects that special counsel Robert Mueller’s investigation into any collusion would connect the dots “in a way that shows that there were people that were treasonous, there were people that were clearly conspiring to affect the election with the Russians, and it will go down in history as one of the real black eyes in our country.”