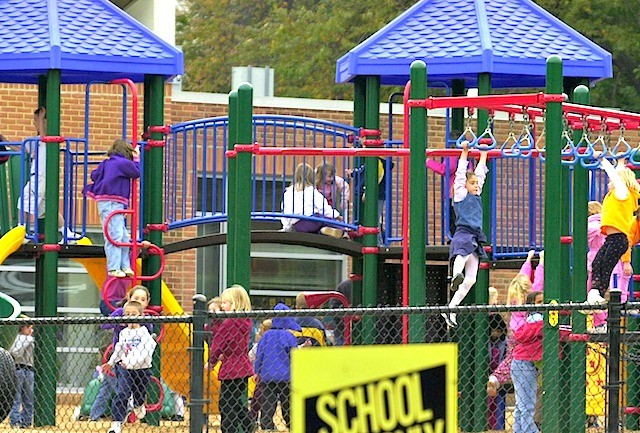 As Congress battles over funding a wall to secure the United States border with Mexico, part of a $12 million taxpayer-funded expansion of a day care center for the children of House lawmakers and staff opened this past week.

Now House Minority Leader Kevin McCarthy led the charge to enlarge the center last year, arguing that a two- to three-year waiting list makes it difficult to attract the best and brightest for jobs on Capitol Hill.

The 26,000-square-foot center, complete with a playground designed to look like a miniature National Mall with a Washington Monument and Capitol dome, can accommodate 120 more toddlers.

“This is the only Washington Monument in D.C. that you can climb up,” McCarthy said in an interview with National Public Radio (NPR).

“If somebody is working for you and wants to continue to serve government, but says ‘I don’t have daycare so I can’t stay here, the wait list is too long, the quality is not there,’ then you are disadvantaging who can actually serve and work in government at the same time,” McCarthy said.

In early 2018, the waiting list for the House day care facility reportedly topped 175 names, and newborns at both the House and Senate day care centers typically waited between two and three years for a slot to open. The delays were so lengthy that many House employees signed up before they became pregnant.

A second expansion to the facility is expected to open next year and provide space for an additional 120 preschool-age children. The waiting list on the House side is expected to drop to just one year after the expansions are complete.

Although some media reports claim the cost of daycare for lawmakers and staff is subsided by taxpayers, Fox reported a congressional official said, “Rates for members and their staff are not subsidized by taxpayers.”

NPR reported that staff and lawmakers are on equal footing when it comes to securing a spot in the daycare center:

Lawmakers get no special treatment. “I never made it off the list,” said Rep. Jaime Herrera Beutler, R-Wash., “I had to keep looking like everyone else does. You get on a list, you hope it works, and if it doesn’t work you’ve got to make something happen.”

NPR also noted that Congress is not doing anything to help parents outside the Beltway deal with finding good caregivers for their children for affordable rates.

“The new daycare could also open up Congress to public criticism that lawmakers are willing to provide quality, affordable, subsidized childcare for their own, but have done little legislatively to ease the crushing costs of childcare for American families,” NPR reported.

Fox News reported that the Senate also has a daycare center for lawmakers and staff.