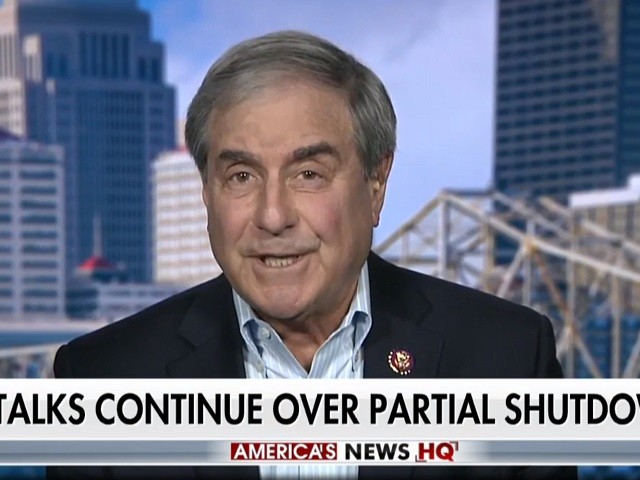 Host Leland Vittert asked, “[T]he positions of the White House may be a little bit all over the place, but Nancy Pelosi says not one dollar for the wall, and calls a wall immoral. So, if you’ve got leadership saying something’s immoral, how’s that negotiating in good faith?”

Yarmuth said, “Well, she’s willing to negotiate. You don’t negotiate in the media. You take your position.”

Yarmuth also addressed Pelosi’s characterization of the wall as immoral by stating, “I don’t know that an inanimate object can be immoral, so I probably would differ on that characterization.”