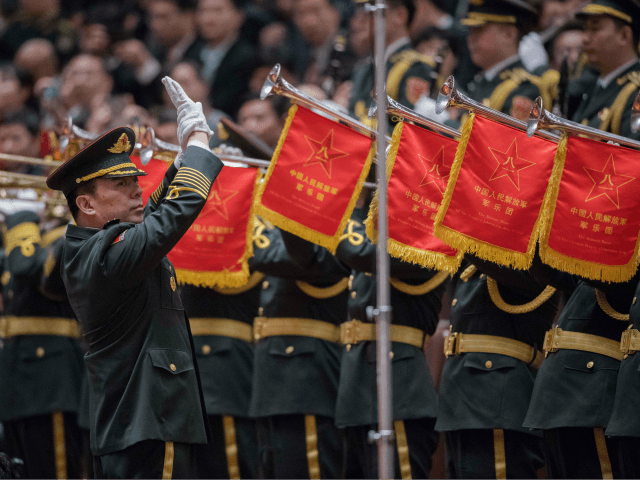 The government of Hong Kong is considering a bill that would criminalize disrespect for the Chinese national anthem, reports revealed Wednesday.

Opposition leaders denounced the measure as another sacrifice of Hong Kong’s unique freedoms, an act of Chinese dominance that makes the “one country, two systems” idea more difficult to sustain.

“The bill, which will be introduced in the city’s pro-Beijing legislature Jan. 23 for passage by the summer, is modeled on a similar law in mainland China. Aside from providing guidance on etiquette when the national anthem is played, it also stipulates that primary and high school children—including in international schools—should be taught to sing the anthem and to learn its history,” the Wall Street Journal reported on Wednesday.

The Journal explained the drive to criminalize disrespect for the Chinese anthem began with soccer fans booing the song at the height of Hong Kong’s pro-democracy protests in 2014. Those who dare such impudence after the bill is passed, or who even “distort” the anthem too much while singing it, will face steep fines equal to about $6,400 U.S. and up to three years in prison, similar to the penalty for “mistreating” the Chinese flag.

The anthem would be required listening when legislators are sworn in, which would give pro-China forces in Hong Kong even more latitude to crack down on opposition lawmakers who attempt to make political statements during their oath ceremonies, a practice that is already severely frowned upon. For that matter, democracy activism is frowned upon to such an extent that the opposition probably lacks the legislative strength to block the Chinese anthem measure.

Hong Kong Secretary for Constitutional and Mainland Affairs Patrick Nip Tak-kuen said on Wednesday that if opposition legislators decide to skip their swearing-in ceremonies because they do not want to recite the oath or pay respects to the Chinese anthem, and the administrations decide their absence was meant as a political statement, they might be judged unfit to hold their seats. Comparably subjective standards will be employed to decide if pop musicians who quote the anthem in their songs intended to mock it or use it to make anti-Chinese political statements.

Nip was evasive about whether the authorities would install more surveillance equipment to ensure the public is properly respectful of the Chinese anthem. “We don’t want to see any prosecution,” he demurred. “We want people to respect the national anthem and we don’t want to use this law to prosecute them.”

AFP pointed out that the bill significantly increases how often Hong Kongers will be hearing the Chinese anthem, giving them more opportunities to either show proper respect or get thrown in jail for failing to do so.

One feature of the new bill would give police more time to investigate reports of anthem abuse, which means people in large demonstrations or packed soccer stadiums would feel much less confident they could mock the anthem and then fade into the safety of the crowd.

Another provision of the law would make standing for the anthem mandatory, a strategy described as demoralizing the opposition through “enforced patriotism” at Voice of America News:

“It’s a total subversion of our legal concept since it violates the right to keep silent,” said Hong Kong lawmaker Eddie Chu Hoi-dik, pointing to the passage on a photocopied sheet that he highlighted in green. “Not only can’t you deliberately insult the national anthem, even if you do nothing, it’s an offense. It’s the new political logic of active patriotism.”

“Since 2003, patriotism has been raised again and again as a pretext by Beijing trying to stifle dissenting voices and control the power game,” said Sing Ming, associate professor of political science at Hong Kong’s University of Science and Technology. “Those terms of patriotism, ‘love Hong Kong, love the country,’ those are not empty…We are worried when they are raised now, particularly when President Xi said Beijing should control everything in Hong Kong. We are very apprehensive of politics that they will use as a criteria for patriotism.”

VOA also pointed to a mainland Chinese initiative that would offer government grants to Hong Kong scientists and academics for the first time, but only if they demonstrate they “love the country and Hong Kong,” a mantra that was repeated with creepy precision in Hong Kong chief executive Carrie Lam’s defense of enforced patriotism: “Of course, in Hong Kong we do expect, whether you are a scientist or researcher, or government official like myself, to love our country and love Hong Kong.” Naturally, Hong Kong researchers are already complaining their grant proposals have been rejected because they were “too hostile to China.”