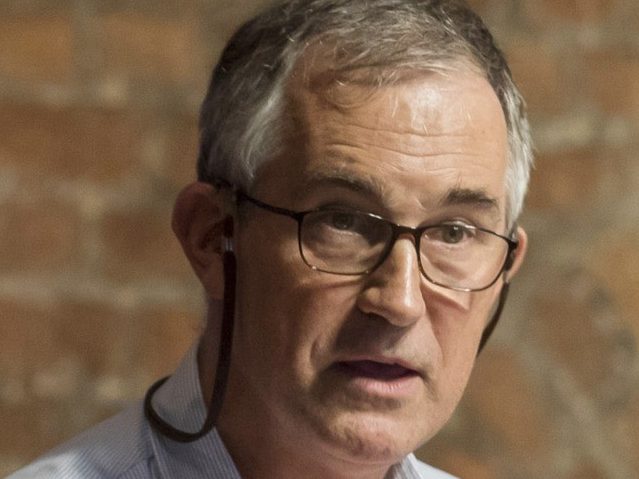 Hong Kong authorities stepped up their war against Financial Times editor Victor Mallet on Thursday by refusing to allow him to enter the city as a visitor.

Mallet was expelled from Hong Kong in early October when the government denied his work visa renewal application, a move criticized worldwide as a stunning violation of press freedom. Mallet’s rejection was the latest in a string of incidents that have profoundly alarmed free speech and human rights advocates.

Mallet “attempted to enter Hong Kong on Thursday as a visitor but was turned away at the border after several hours of questioning by immigration officers,” according to a statement from the Financial Times.

According to the statement, Mallet wished to return to Hong Kong to “finalize some personal matters after having to relocate overseas at short notice in October.”

Mallet was refused entry by the authorities without explanation. Hong Kong security officials simply insisted he was kept out for reasons that have “nothing to do with freedom of expression and freedom of the press.”

The government has provided no formal explanation for the refusal to renew his work visa, although many widely suspect it to be retaliation for a speech he hosted at the Hong Kong Foreign Correspondents’ Club by independence activist Andy Chan, leader of the now-banned Hong Kong National Party.

“The rejection came on the same day that two Hong Kong talks by a London-based Chinese author were canceled, a move that critics argued was a further step in a trend of increasing restrictions on free speech in the territory,” FT added.

The author in question, Ma Jian, wrote a novel called China Dream that satirizes Chinese Communist Party leader Xi Jinping’s nationalist agenda. Ma found no Hong Kong publisher willing to handle his novel, but it will be published in Taiwan in 2019. Hong Kong publishers who print books critical of Chinese Communist leadership have been known to vanish and reappear in mainland Chinese prisons.

The venue hosting the Hong Kong International Literary Festival canceled his appearances because it did not wish to “become a platform to promote the political interests of any individual.”

After a second venue canceled backup plans to host Ma, the original site of the Hong Kong International Literary Festival changed its mind on Friday and agreed to let him appear.

“Mr. Ma has made public statements which clarify that his appearances in Hong Kong are as a novelist and that he has no intention to use Tai Kwun as a platform to promote his personal political interests,” said Timothy Calnin, director of the recently opened Tai Kwun arts complex.

Ma said he was worried he would be banned from entering the city after Victor Mallet was denied entry, even though Ma is a legal permanent resident dating back to before the U.K. handed Hong Kong over to China in 1997. He reported on Friday that he was able to enter the city without incident.

The Hong Kong Journalists Association and several other media groups agreed with Ma’s grim assessment, contributing a joint editorial to the Hong Kong Free Press on Friday that declared it a “dark week for freedom of expression.”

In addition to Mallet and Ma, the editorial cited the case of Australia-based Chinese political cartoonist known as Badiucao, whose Free Expression Week exhibition was canceled on November 2 due to “threats made by the Chinese authorities relating to the artist.” Human-rights advocates said they were shocked by the brute-force cancellation of Badiucao’s show.

The authors and cosigners of the editorial warned Hong Kong’s days as “the world’s number one free economy” are coming to an end:

Authorities have been expanding the no-go areas of what may be said. While the pledge of One Country Two Systems may still exist on paper and there is no legal basis for these “red lines”; a journalist, writers and a cartoonist have been unreasonably thwarted. If people can no longer speak their mind, what place is there for press freedom? If voices critical of Beijing’s policies cannot be tolerated today, who is to say when a report forecasting a devaluation of Renminbi will be disappeared?

We urge all Hong Kong residents to show concern and vigilance and call upon the central and Hong Kong governments to cherish Hong Kong’s open and diverse space for free speech, thereby protecting the special economic status that derives from it.

“I think we are witnessing the dying of Hong Kong,” Badiucao, who finds it necessary to keep his true identity secret, mournfully declared in an interview last week.

“I really admire artists and dissidents who are brave enough to do it openly. I see myself as a coward,” he said humbly. “But I try to explain to myself that I’m just an ordinary guy, I’m not as brave as a hero. And an ordinary guy also deserves a voice.”