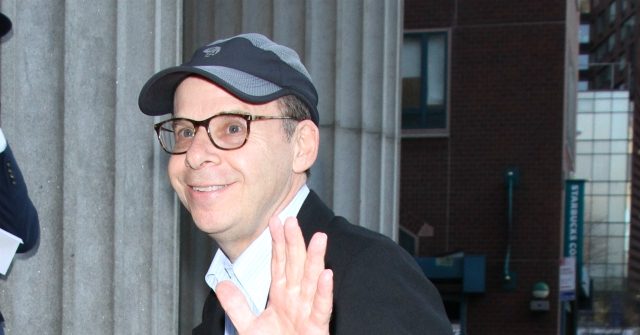 Honey I Shrunk the Kids star Rick Moranis was punched in the head and knocked to the ground in the Upper West Side neighborhood of New York City on Thursday, the latest sign of lawlessness in Bill de Blasio’s New York.

Moranis was punched in the head in an unprovoked attack that was caught on video from a surveillance camera in New York City, according to law enforcement sources that spoke to The New York Post. The surveillance footage shows the 67-year-old actor walking on south Central Park West near West 70th Street — steps from his apartment building — just before 7:30 a.m. on Thursday when a man suddenly punched him, knocking him to the ground.

Police say that Moranis is suffering pain in his head, back, and right hip, and went to a local hospital for an assessment of his injuries before reporting the incident to the police. The actor’s attacker remains at large as of Friday.

Moranis, on the other hand, might have been a victim of another type of attack — known as the so-called “knockout” game — in which assailants on the street punch victims without warning, knocking them unconscious. In 2018, police were in search of a man who allegedly punched a five-year-old in the face on a New York City subway. Another incident on a New York City subway involved a suspect who allegedly punched a 70-year-old.