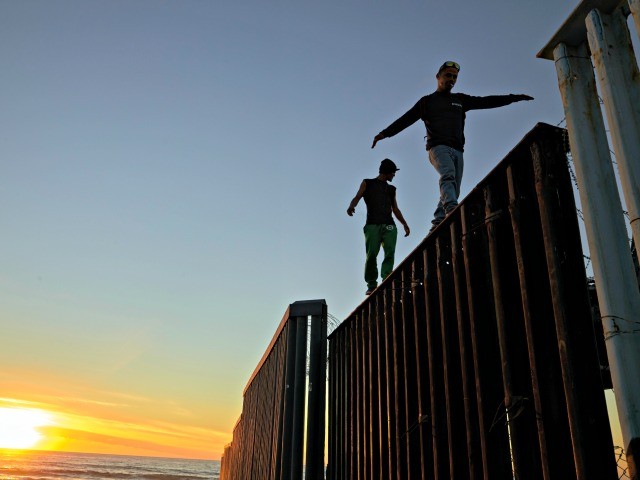 Border Patrol agents stationed in California arrested a Honduran male with a murder conviction after he separated from the migrant caravan camped in Tijuana and illegally crossed into the United States.

Federal officials announced on Friday that Miguel Angel Ramirez, 46, was recently released from a Honduran prison “four months ago” after serving 13 years for homicide and robbery. He joined a migrant caravan shortly thereafter and made his way to Tijuana.

Ramirez was reportedly apprehended in the company of two other men, though their connections to the caravan are unclear at this time. Border Patrol officials say they spotted the trio around 11 pm on the night of Saturday, November 24, one mile east of the San Ysidro Port of Entry.

During an immigration interview, Ramirez reportedly told the San Diego Sector Border Patrol agents that he was part of the migrant caravan originating in Honduras—making stops in Guatemala and Mexico before his capture in southern California. The Honduran Consulate in Los Angeles corroborated the facts of Ramirez’s criminal record, according to the release.

The two other men apprehended are aged 22 and 38. One of the two still unidentified males was previously deported from the U.S. and could face federal charges for illegal re-entry.

Border Patrol agents frequently capture violent criminal aliens as they attempt to illegally enter the U.S. In late October, agents assigned to the Rio Grande Valley Sector apprehended a Salvadoran national who illegally crossed the border with his minor son. A records check on the man revealed an active arrest warrant in South Carolina where the man is wanted for murder.