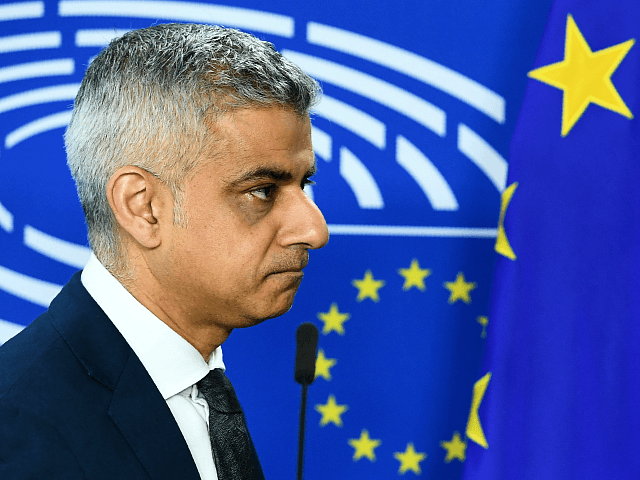 Homicides in London have reached their highest point in a decade under the mayoralty of Labour’s Sadiq Khan, despite huge strides in trauma care and lifesaving infrastructure.

The number of deaths in the British and English capital has hit 130 since January 1st, according to the BBC — a figure that a spokesman for Mr Khan admitted was “shameful” — including some 73 victims who were stabbed to death and 14 victims who were fatally shot.

“The causes of violent crime are deeply complex and made far worse by huge government cuts over the last eight years to the police, youth services, councils and charities,” the spokesman wheedled, putting little if any responsibility on either the criminals as free agents or the Mayor.

Other apologists for Mayor Khan have stressed that, despite massive increases in offences such as acid and machete attacks, moped-enabled crime, and terrorism which have been apparent during his time in office, homicides do remain below their high points in the 1990s — but this does not account for the fact that the establishment of the London Trauma System incorporating specialist Major Trauma Centres and Trauma Units in 2010 has greatly increased victims’ odds of surviving potentially mortal injuries in recent years.

Other factors improving the survival rates of victims of violence include the expansion of London’s Air Ambulance Service, which is now attending more stabbings and shootings than road traffic accidents for the first time in its 30-year-history, and the widespread adoption of techniques developed on the battlefield in war zones like Afghanistan by doctors and paramedics, such as the routine use of tourniquets.

Even taking the statistics as they stand, youth homicide in particular is massively up compared even to the years prior to 2008, with some suggestion that London’s shifting demographics are contributing to a breakdown in social cohesion, previously observed by scholars such as Professor Robert Putnam in communities undergoing a rapid increase in diversity.