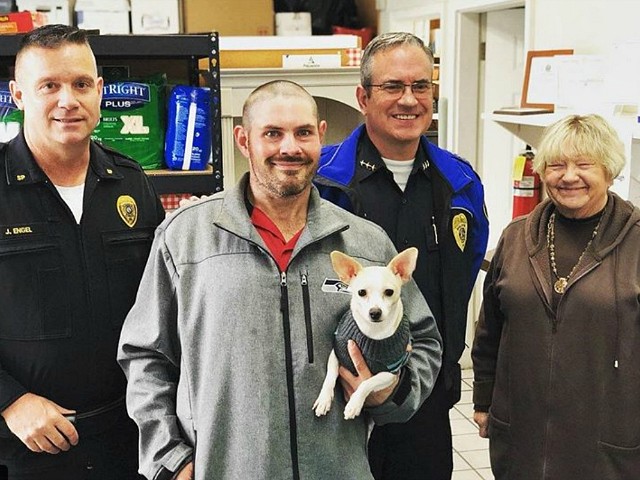 A homeless man is being hailed for his honesty after he discovered a bag containing $17,000 outside of a Washington state food bank and gave it to the staff instead of pocketing the money.

The man, Kevin Booth, found a bag sitting outside Sumner Food Bank in Sumner, Washington. Curious about what was inside, he opened the bag and found stacks of money totaling $17,000.

“At first, I was like, what the heck is that lying on the ground?” Booth, 32, told the News Tribune Friday as he recalled the moment he found the money over the summer.

Once Booth inspected the money to see if it was real, he waited outside the food bank until it opened that morning, handing over the cash-filled bag to one of the volunteers opening the doors.

“He said, ‘This is for you, somebody left it on your doorstep,’” Anita Miller, director of the Sumner Food Bank, told the Washington Post.

The volunteer who received the money quickly realized something was not right when she opened the bag, placing a phone call to the local police.

Authorities kept the money in their possession for 90 days in case someone claimed it. When nobody claimed the money within the 90-day period, the police returned the money to the food bank.

The police department held a ceremony where they presented the check to the food bank and honored Booth with a citizen’s certificate. The food bank also gave Booth gift cards to his favorite store, Fred Meyer, to thank him for his generous efforts.

Miller said the funds would be used to purchase a walk-in refrigerator and freezer and offset the costs of the food bank’s expansion efforts.